#PokemonWeek in Review! How we Spent the Last 7 Days 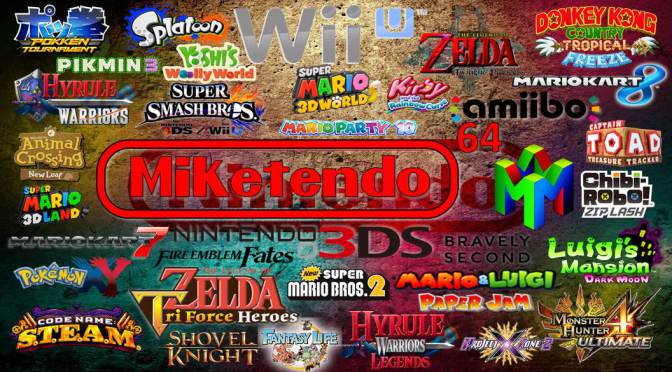 In case you missed it, the last seven days was #PokemonWeek here on Miketendo64 and what a week it turned out to be! Did everything go to plan like it was supposed to? No, but then sometimes that really is the best way and although we didn’t get all the news we were hoping for, the news we did get was still pretty great! But we didn’t just spend the entire week covering all kinds of Pokémon news. We spent it doing some of our own stuff too!

Sure we never got round to the exclusive Pokémon fanfiction story, but we did create a new running feature entitled: “Talking ‘Bout My Generation.” A running feature which ran for days with each instalment covering one Pokémon from a different Gen. Then although we decided to end the series there, we started a new series, which is to become a new regular feature, entitled: “Talking ‘Bout The Next Generation.” After spending one series talking about the previous Generations, this new series is about the Pokémon from the new one, i.e. the Gen VII Pokémon of Sun and Moon.

Talking ‘Bout The Next Generation: Gen VII – Rowlet (The Pokémon of Sun & Moon)

And around the time we were doing all this lot, we decided to bring back the ol’ “Who’s That Pokémon?” and make it another new regular feature. Sure we know the names of each starter and the name of where the next adventure will take place and the release date, the fact is we still don’t know a lot about Pokémon Sun & Moon. Nor do we know much about all the new Pokémon we can expect to see during our time in the Alola Region, so we’ve created a “fact-file” series just for the new Pokémon of Sun & Moon, which you can find right here:

Sadly though, as far as the news we did get, there was so much we didn’t. The Sun & Moon news wasn’t quite what we were expecting since CoroCoro’s big scoop isn’t going to be out until next month and that wasn’t all. The rumour mill was making out this week would be something truly to behold, but what we were “promised” and what we actually got was two complete different things. The “new” game that was to be announced this month turned out to be a mobile game we already knew about. New information regarding the upcoming Pokémon movie turned out to be new artwork. Although we did get to learn that Meowth is also a Pokémon we can expect to see in Sun & Moon though and we updated our Everything We Know About Pokémon GO feature piece! But at least the rumours of Pokémon GO beginning sign-ups for North America beta testing turned out to be true!

Still, all of that aside, the entire week has been one of the very best our site has ever seen and since we announced our plans for our second year, we have done very well to stay true to that. There has been plenty of new content, new features, videos and more. We only recently got into the habit of doing Theme Weeks but after how well #ZeldaWeek and #PokemonWeek have been for us, we’re certainly going to keep them coming and although we haven’t decided what will be the next Theme Week we do, we can tell you one thing, it won’t be this month!

Instead it’s just going to be business as usual, News, Reviews, Features and so much more that you can expect to see right here at Miketendo64!