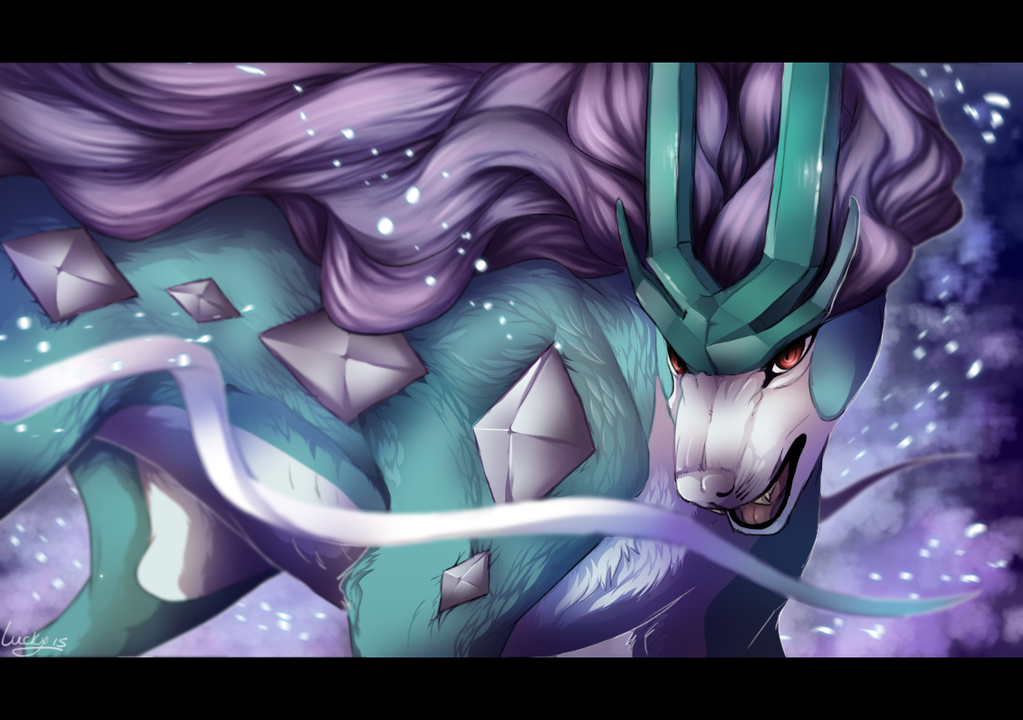 With it being #PokemonWeek here on Miketendo64, we’re continuing with our 6 part series in which sees us talking about one Pokémon from each Generation and what with the release of Pokkén Tournament back in February, it’s only fitting the six Pokémon we chose to cover, are fighters you can use in the game. In today’s edition, we’re going way back as we visit Gen II and talk about the one and only, Suicune!

Of the few things I do want to discuss about Suicune, the Aurora Pokémon, first I want to start with its appearance in Pokkén Tournament, how it made it into the line-up I don’t know, but it certainly is an interesting fighter considering as it is a giant dog, walking around on all four paws. Yet at the same time I struggle to imagine Suicune as a capable fighter for Pokkén Tournament, it turns out Suicune does have some serious skill and if used just right, is a great Pokémon to use as your partner. But if you use it wrong, the battle is over within seconds as I have shown all those I’ve come across who used a Suicine.

Suicune is physically the weakest and slowest of the three Legendary Beasts, but at the same time, it is a Pokémon worth catching as it is the only Legendary mascot that is not banned from competitive battles. It’s also a Pokémon that would stalk the hell out of you in Fire Red & Leaf Green, whenever you’re in the Kanto region, provided your starter Pokémon was Charmander and you had beaten the Elite Four. I can remember seeing it it turn up and the battles that would follow, they were always annoying because no matter how hard I tried, I just couldn’t catch it and yet when I played Gold, I caught Suicune first time. Not only that, but it was also the first of the three dogs I caught and the only one I actually used and it was all thanks to my Shiny Noctowl and Hypnosis.

But as far as Water-type Pokémon go, Suicune is certainly up there amongst my Top 5, which of course includes Swampert, Wartortle, Kingler and Gyrados. Although I would be lying if I didn’t admit that one of the reasons I do like this Pokémon is because it can actually learn Blizzard. Another great thing about this Pokémon as well is the fact that you can get it in Pokémon ORAS, but only if you have a Lugia, or Ho-Oh who will take you to the Trackless Forest where the three beasts reside. Sadly though I have yet had the pleasure and I really want to, so I think I’m going to finish a little early today, so I can jump on my copy of AS and see if I can get mine!

We have come to the end of today’s edition of Talking ‘Bout My Generation, if you have any Pokémon or more specifically, any Suicune stories you don’t mind sharing, please feel free to do so in the comments and be sure to come back tomorrow when we’ll be continue with the Gen III Pokémon Sceptile!