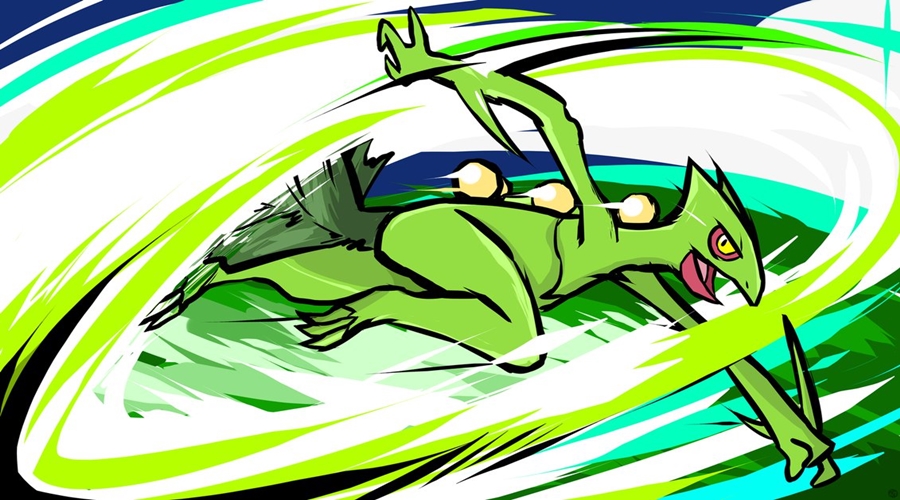 With it being #PokemonWeek here on Miketendo64, we’re continuing with our 6 part series in which sees us talking about one Pokémon from each Generation and what with the release of Pokkén Tournament back in February, it’s only fitting the six Pokémon we chose to cover, are fighters you can use in the game. In today’s edition, we’re going back a few Gens as we visit Gen III and talk about the one and only, Sceptile!

So with this being a Sceptile discussion, there’s no better way to start than with this, I despise Sceptile. I don’t know why I hate it so much, given as how it’s not the worst looking Pokémon out there, and is one of the fully evolved starter Pokémon that I never ever have any difficulty fighting (just ask May, I bet her Sceptile every time without effort.) But yes, I have a deep hatred for the Pokémon even though I don’t know why and I did try to like it, but it just didn’t happen. So maybe with luck, come the end of this, I might just hate it a little less.

One of the cool things about Sceptile is the “blades” that are a part of its body, they are sharp, can do some damage and enable Sceptile to learn moves such as Leaf Blade X-Scissor and Night Slash. Then again if you want a green Pokémon that comes equipped with its own weapons, Scyther is a great choice and has been around since Gen I. I know Sceptile has a mega evolved form, which is dual-typed (Grass/Dragon and is the only Grass-type that is also Dragon,) but if I had to choose between the two, Scyther would always come out on top!

However one person who seemed to have a great relationship with Sceptile is Ash! Sure in the TV series their relationship started when his Sceptile was a Treeko and the second Pokémon he caught during his time in the Hoenn region. Treeko went on to become Grovyle and Grovyle had many victories. He defeated Norma’s Slaking, Winona’s Altaria, Katie’s Walrein, Tyson’s Metagross and Morrison’s Steelix. But that was just its success as a mere Grovyle, in Hoenn, as a Sceptile we got to see Ash’s companion take on Tobias’ Darkrai, during a battle in the Sinnoh League. Darkrai was considered unbeatable and yet when Sceptile was on the verge of losing, Ash managed to get through to him and beat Darkrai just in time. Although due to the serious damage it took from Darkrai’s Ice Beam, Sceptile was no match for Tobias’ next Pokémon Latios.

I have tried quite a few times to gel with this Pokémon, choosing Treeko as my starter, but by the time I finally have a Sceptile, I find myself missing Swampert, so I would safeguard my Pokémon just before I start all over again and choose Mudkip instead. I just find Mudkip to be a lot more approachable and absolutely love his evolved forms and even though he has type disadvantage against May’s Sceptile, my Swampert has never lost. Still, at least Sceptile does have a pretty cool looking mega evolved form, so at least that’s something. But looking over all of this, I’m not so sure if it has made any difference towards how I feel about Sceptile. Guess I’ll have to load up my copy of AS and give him another try, see if I feel any different.

We have come to the end of today’s edition of Talking ‘Bout My Generation, if you have any Pokémon or more specifically, any Sceptile stories you don’t mind sharing, please feel free to do so in the comments and be sure to come back tomorrow when we’ll be continue with the Gen IV Pokémon Garchomp!