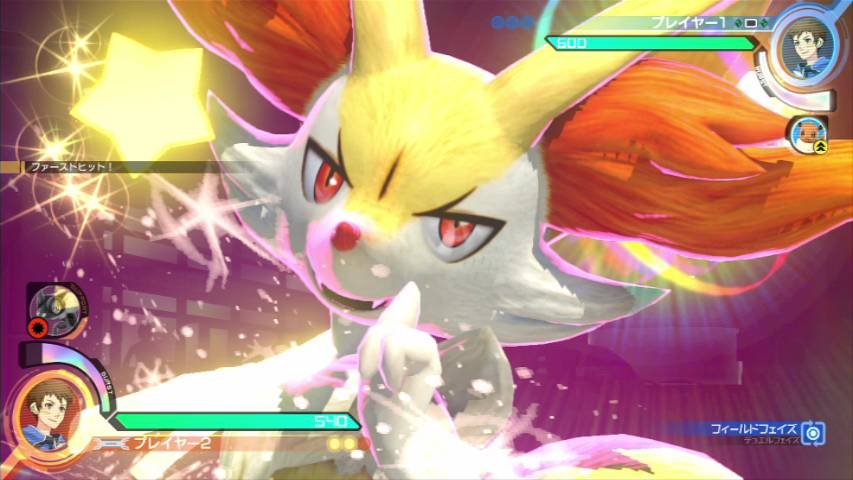 All great things come to an end and although tomorrow is the last day of #PokemonWeek here on Miketendo64, today is the final instalment of “Talking ‘Bout My Generation.” Sure we could revisit the series again and pick a different line-up of Pokémon and maybe we will, but it won’t be any time soon and with that out of the way, welcome to the final part of our 6 part series. A series in which sees us talking about one Pokémon from each Generation and what with the release of Pokkén Tournament back in February, it’s only fitting the six Pokémon we chose to cover, are fighters you can use in the game. In today’s edition, we’re heading to the region of Kalos, home of the one and only Gen VI Pokémon, Braixen!

We’ve already covered one fully evolved starter Pokémon as part of the series and now we’re going to cover the secondary evolution Fox Pokémon. Since first seeing Braixen, I always saw her as being as Gen VI’s equivalent to Infernape and it’s not because they are both Fire-type Pokémon that are a second/final evolved form of the starter, but because of the colouring and appearance. (The love child of a Ninetails & Infernape perhaps?) Both Pokémon are skilled fighters and move entirely in their own way, except Braixen is just a Fire-type whereas Infernape is Fire/Fighting.

Admittedly, I was a bit disappointed about Braixen’s appearance in Pokkén Tournament, because I was really hoping for Infernape and although there are enough similarities of the two for me to be happy with, Braixen is one of a few Pokémon in Tournament that I just have no interest in using. Infernape is my second favourite Fire-type Pokémon and Charizard is my first, so whenever I’m undergoing a session on Tournament and I feel like bringing the heat, Braixen isn’t going to get a look in because Charizard is both my first and last choice for a Fire-type. (Given the amount of times I’ve gone on about Charizard during this entire series, you’d have thought I should have done Gen I about him instead! Still there’s always next time.)

But there is just one thing about Braixen that I just don’t understand. When it’s a Fennekin, whenever it feels peckish, it would snack on branches, yet suddenly after it evolves, it no longer has the appetite for branches because she’ll rather use it as a weapon instead. By no means is Braixen the only Pokémon to use an object as a weapon, because Farfetch’d has been doing that since Gen I but it is odd how quickly Braixen’s mentality changes so quickly after a mere evolution. One good thing about it though, is whenever Braixen’s stick breaks or burns away in battle, at least replacing it should be easy enough, unless of course Braixen is picky like Serena’s one is in the Anime. You can’t say Serena’s Braixen doesn’t have a more unique personality.

Other than all of the above, that’s about it with regards to my knowledge and relationship with Braixen, I’ve never played X&Y and I have never had a Braixen, although I have recently just swapped a Totodile for a Fennekin in ORAS, so who knows, maybe in the time it takes me to evolve Fennekin to a Braixen, I might actually grow to like the Pokémon and wind up with a story to tell, but from my experience with her so far, Fennekin just isn’t the same as Charmander, Cyndaquil and Chimchar and I already have one Fox Pokémon that’s a Fire-type and somewhat vain (Ninetails,) I’m in no hurry to get another and on that thought, we have reached the end.

For the last time in this series, we have come to the end of today’s edition of Talking ‘Bout My Generation, if you have any Pokémon or more specifically, any Braixen stories you don’t mind sharing, please feel free to do so in the comments. We hope you have enjoyed the series as much as I enjoyed writing it.