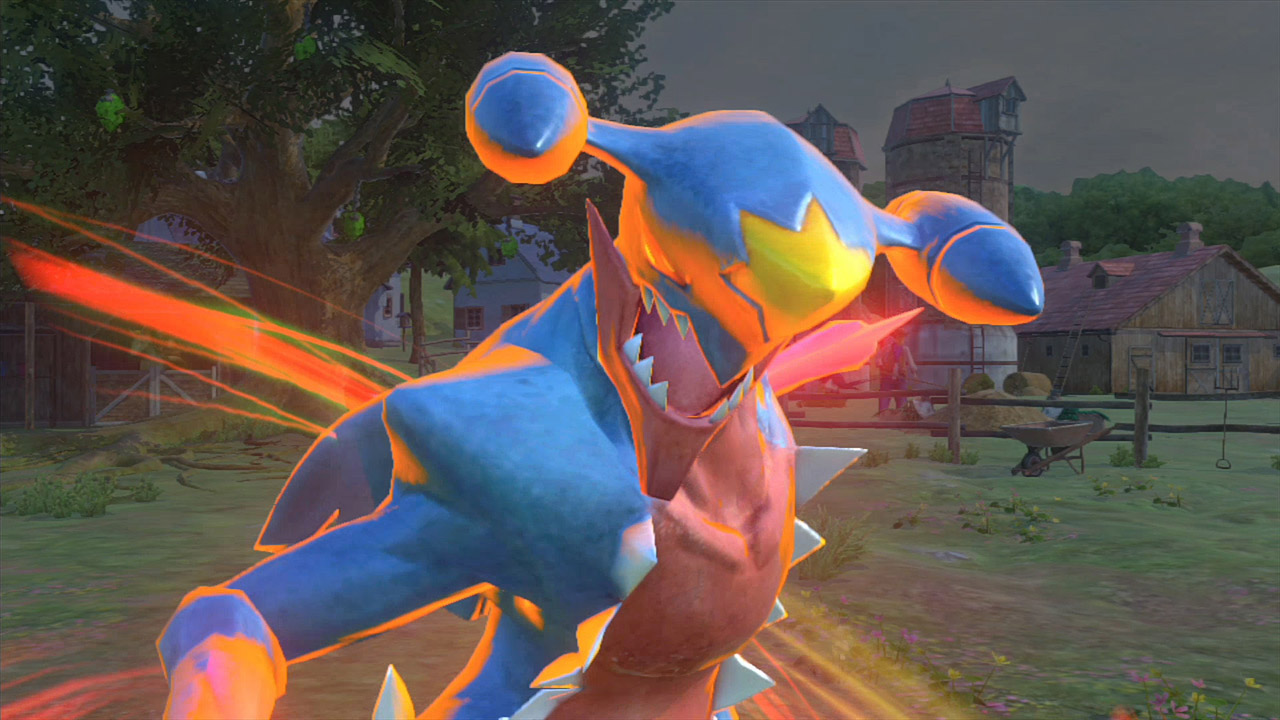 With it being #PokemonWeek here on Miketendo64, we’re continuing with our 6 part series in which sees us talking about one Pokémon from each Generation and what with the release of Pokkén Tournament back in February, it’s only fitting the six Pokémon we chose to cover, are fighters you can use in the game. In today’s edition, we’re going back a couple Gens as we visit Gen IV and talk about the one and only, Garchomp!

Now this is a Pokémon I can get behind because Garchomp is certainly one of the best Gen IV Pokémon there is and truly lives up to its name of Land Shark. Without a doubt my favourite move of his in Pokkén Tournament, is when he uses dig, burrowing into the ground and advances across the area. I just love how his fin sticks above the surface. Every time I see that, the Jaws theme pops into my head, which is hilarious, until I get too distracted and start losing the round.

In a lot of ways, as well as reminding me of Sharpedo what with the colouring and the star mark that both have in common, Garchomp reminds me of a modern Kabutops. They both have blades for hands, albeit Kabutops’ blades are exposed bone and as cool as it would be for Garchomp and Sharpedo to be connected, it’s far more likely Garchomp and Kabutops are connected. Being a fossil Pokémon, Kabutops could have been an ancestor of Garchomp, which because it is also a Water-type could have took to the water, becoming a shark and then returning to land, a change in which saw its Water-type turn to Dragon and Rock to Ground. Sadly though this will never be because evolution doesn’t work that way in Pokémon.

Moving away from Sharpedo and Kabutops, one of the most laughable facts about Garchomp has to be the fact that despite even the Pokédex stating Garchomp capable of flight, in the games, Garchomp is not capable of learning HM Fly, which is something of a shame because we all know if we could give him it, we would do so in a heartbeat. (Me personally, I would never stop using Fly with him.) Still Garchomp is a very powerful Pokémon and a formidable fighter and his showdowns against Charizard are always great in Pokkén Tournament. Two of my favourite Dragon-type Pokémon going toe to toe in a battle to see who is the more superior Dragon, it truly is a battle that can go either way and it’s for that reason I can see why Garchomp is considered the Charizard of Gen IV and definitely a must have Pokémon in my team of 6 and now I have a huge need to play Pokkén, meaning it’s time to wrap this up.

We have come to the end of today’s edition of Talking ‘Bout My Generation, if you have any Pokémon or more specifically, any Garchomp stories you don’t mind sharing, please feel free to do so in the comments and be sure to come back tomorrow when we’ll be continue with the Gen IV Pokémon Chandelure!