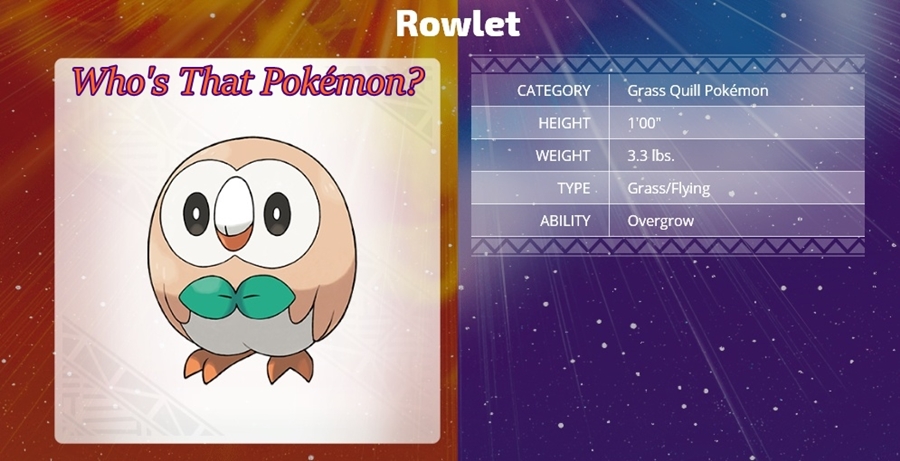 With details of the release date and the identity of the starter Pokémon for Pokémon Sun & Moon and it being #PokemonWeek here on Miketendo64, we’re going to be playing “Who’s That Pokémon?” as a means of getting to know each one of the starters. So to start us off, it’s Rowlet!

Description: Rowlet can attack without making a sound! It flies silently through the skies, drawing near to its opponent without being noticed, and then lashing out with powerful kicks. It can also attack from a distance using the razor-sharp leaves that form part of its feathers. Its visual abilities are impressive. The darkness of night is no obstacle to Rowlet! It can twist its neck nearly 180° from front to back so it can see directly behind itself. It has a habit of turning its head in battle to face its Trainer and receive instructions. The move Leafage attacks an opponent by striking it with leaves. Rowlet knows this move from the moment it becomes your partner!

Sadly that’s all the information we have on Rowlet, but more is expected information is expected CoroCoro Magazine’s big Pokémon Sun & Moon scope is revealed within the next few days.