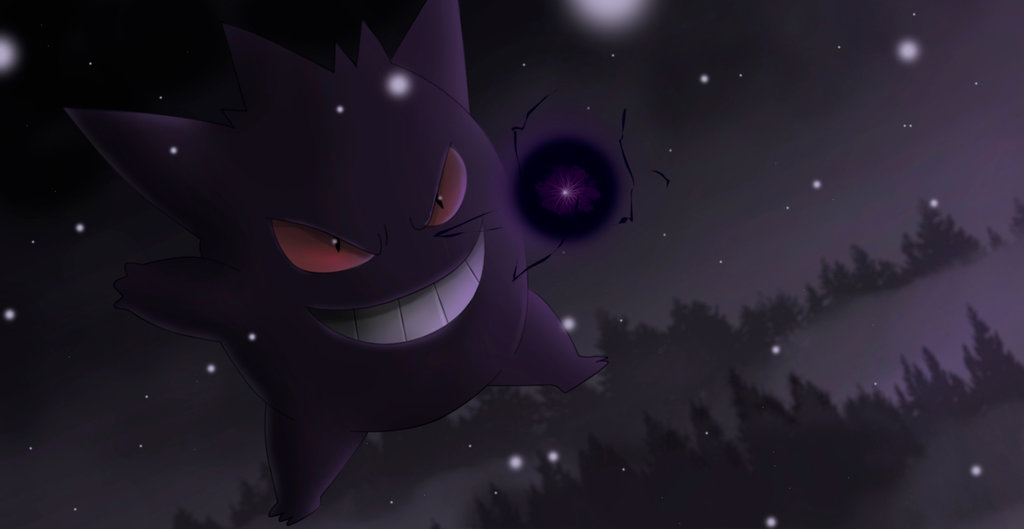 With it being #PokemonWeek here on Miketendo64, we’re launching a 6 part series in which sees us talking about one Pokémon from each Generation and what with the release of Pokkén Tournament back in February, it’s only fitting the six Pokémon we chose to cover, are fighters you can use in the game. In today’s edition, we’re going way back as we visit Gen I and talk about the one and only, Gengar!

One of the very first things I think of whenever I think of Pokémon, is Gengar in the opening sequence. I found him to be interesting and certainly unusual. He was one of a few Pokémon I just had to catch, along with Kingler, except you couldn’t catch him in the game could you? You had to evolve your Haunter, but you could only do that via trading and it wasn’t until my Haunter was Lv.71 did I learn this and by then, there was no way I was just going to swap away my dear Hauntee just to evolve him.

That aside though, this Ghost/Poison type did used to confuse me in the early days because for a long while I honestly thought Gengars had to be the spirits of dead Clefables. Sure I knew they were the evolved form of Haunters, but have you seen Clefable? Put one of those next to a Gengar and you will think the two could be the same Pokémon too. Sure there’s some differences, but that could easily be explained as Celfable having undergone some sort of transformation upon going over to the spirit realm and being overcome with shadow.

But don’t worry I no longer cling to that belief like I used to, despite how cool it would be should it turn out to be true, but I’d rather talk about how awesome Mega Gengar is! His Burst Attack in Pokkén Tournament is something else and he certainly is one of the more interesting Mega Pokémon we can use in battle. It’s almost as if he has lost some wait and partially reverted back into being a Haunter, and then there is the way he moves. When it comes to Gengar and the Pokémon that evolve into him, they certainly are some of the best Ghost type Pokémon we have ever seen and if the likes of him, Haunter and Gastly don’t appear in Pokémon Sun and Moon, the games just won’t be the same. Sure you can trade them in, but these are Pokémon that have been a part of the series from the very beginning and are such a great piece of Pokémon’s history, to not continue to involve them in the future would be a terrible shame. It’s not that often you have a Ghost type Pokémon that clearly walks on the ground with its two feet and yet has the ability of Levitate.

We have come to the end of today’s edition of Talking ‘Bout My Generation, if you have any Pokémon or more specifically, any Gengar stories you don’t mind sharing, please feel free to do so in the comments and be sure to come back tomorrow when we’ll be continue with the Gen II Pokémon Suicune!