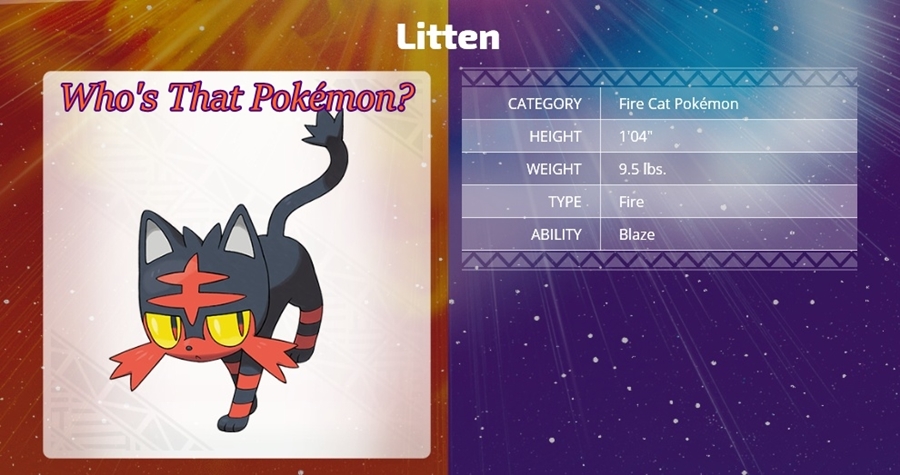 With details of the release date and the identity of the starter Pokémon for Pokémon Sun & Moon and it being #PokemonWeek here on Miketendo64, we’re going to be playing “Who’s That Pokémon?” as a means of getting to know each one of the starters. We’ve already covered Rowlet, so now it’s Litten’s turn!

Description: Logical but also passionate, Litten always remains coolheaded and doesn’t show its emotions on the surface. Litten can attack with flaming hairballs! Its fur is rich in oils and immensely flammable. Litten grooms itself by licking its fur, and then uses the collected fur as fuel for fireball attacks! When the time comes for Litten to shed its old fur, it all burns up in a glorious blaze. The move Ember attacks an opponent by firing a small flame at it. Litten knows this move from the moment it becomes your partner!

Sadly that’s all the information we have on Litten, but more is expected information is expected CoroCoro Magazine’s big Pokémon Sun & Moon scope is revealed within the next few days.