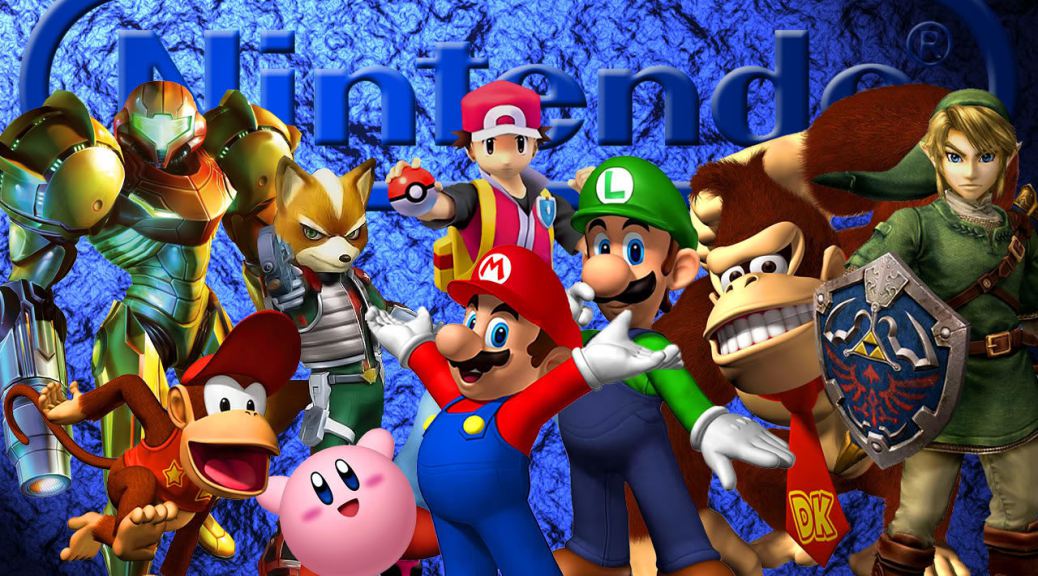 From Mario to Link, to Inklings to Pokémon, as always, we’re here to keep you updated on all of the latest news. Below you can catch all of our choice picks of noteworthy news this week. These are the Miketendo64 News Highlights of the week!

First we had Splatoon make an appearance in Miitomo and now the cameo is working the other way round as Miitomo will be making a splash in Splatoon, in the first global Splatfest in which players from all regions will be able to fight each other! This really will be a something of a Splatfest to take part in, but just which team should you choose? Team Costume Party or Team Fancy Party?

For details on when this Splatfest takes place this month and at what time it starts, be sure to click on the source article.

Miitomo (A NEW UPDATE IS ON THE WAY):

Miitomo is classified as being an “ongoing” project and that certainly is the case as Nintendo have announced that a new update is in fact on the way! There is no mention of a date of just when we will get the update, but we do know what it entails, being able to answer questions your friends have when viewing their responses, speed optimizations and new ways of adding friends!

Zelda U at E3 (NINTENDO REVEAL THEIR E3 PLANS):

After what feels like an eternity of nothing when it comes to hearing official news about Zelda U, now that the delay came to light last week, it seems Nintendo are now okay to start talking about Zelda U!

But with E3 happening next month, Nintendo of America has a launched a very special sweepstakes in which will see one lucky NA resident to win two tickets to E3, along with flights paid for, hotel fees covered and a $500 dollar prepaid VISA debit card.

If you’re reading this and live in the North America region, be sure to read the source article for details on how you can enter, along with more information on Nintendo’s E3 plans.

The Friends of Nintendo bundle continues to make a splash, as over 140,000 purchases have been made, purchases which together total up to the grand sum of $1.4 million+ dollars made on this bundle alone!

It is certainly going down tremendously well and the bundle got a whole lot appealing considering as how three more games were announced for it this week. The games are of course: Runbow for Wii U, Nano Assault for the 3DS and Swords and Soldiers II for the Wii U. Not only is it for a great cause, (charity,) but it’s a great line-up games, certainly worth the asking price and more. If you haven’t brought your own bundle, click here to head on over to the site to begin the process.

Source: More Games for the Humble Friends of Nintendo Bundle

No hoax this time, Pokémon Sun & Moon details really are due to come out next week and not just because Junichi Masuda tweeted as such, but because the chatter in the rumour mill was already hinting at such a thing before Masuda had his say!

We also have CoroCoro Magazine coming out very soon with all new ground-breaking Pokémon Sun & Moon details when they share their huge scoop during this month of May!

Source: Pokémon Sun and Moon: Official Details Out Next Week along with #PokemonWeek!

The Legend of Zelda (ZELDA 1 INDUCTED INTO THE WORLD VIDEO GAME HALL OF FAME):

History has a habit of repeating and this year’s World Video Game Hall Of Fame was no exception. Last year, the 30 years old Super Mario Bros. emerged victoriously as a WVGHOF inductee and now Zelda 1, a game which turned 30 this year, has also gone on to win the same honour. It came close last year, but failed to snag the prize, but it certainly didn’t fail this year and nor did Sonic the Hedgehog, GTA 3, The Sims, Space Invaders and The Oregon Trail.

This week both Mike and I were in the reviewing mood, so while he played and reviewed the second game he got with his special edition Star Fox Zero set, I went back a couple of years to enjoy the delights of the third instalment in the Shantae series, Shantae and The Pirate’s Curse. Both titles are available on the Wii U via the eShop, although Shantae is also available on the 3DS as well, so whatever you’re preferred means of gaming is, we’ve got a review just for you! You can find links to each review below:

But if games that involve a half genie whipping her enemies with her hair, or an all-out tower defence game aren’t to your liking, we have a whole batch of reviews on new games that just might suit your home console taste buds. But then we also have plenty of other reviews for 3DS games that are worth checking out:

And if you’re interested in knowing what our big game review will be next week, why it’s the free to download Lost Reavers of course. We’ve been taking our sweet time to get around to it but it will be out next week.

This week on Miketendo64 (E3, ZELDA THEORIES AND SHINY XERNEAS):

We have a varied Top 3 this week, so without a moments more delay, these art the articles that proved to be popular this week!

Taking 3rd place was: Nintendo Reveals Their Nintendo Plans For E3, which is the very same thing we covered in the Zelda U at E3 section earlier on in the article, so we can skip the explanation here.

In second 2nd place was: Zelda U: A Tale of 2 Eras & The Sheikah Connection Nintendo Confirmed. With the Sheikah connection finally confirmed, I thought I would have a little fun by posting a theory piece on the subject, which did grab some attention. Although this wasn’t the only theory that got posted this week, because we also found time to share HMK’s latest theory too.

But taking the number 1 spot this week was of course a Pokémon one: Shiny Xerneas & Yveltal Distribution Details for North America! First this month there was just Darkrai, then Darkrai and Zygarde, but now there are so many more! Not only have the three birds (Articuno, Zapdos and Moltres,) come to play in Europe and North America,  for those in North America, you’ll also be able to get a Shiny Xerneas and Shiny Yveltal this month as well! For details on how to get all of the above Pokémon, be sure to check out any of our recent Pokémon distribution articles. As for details for just Xerneas and Yveltal, you can find it below with links to the other articles that made it into our Top 3 this week:

2nd) Zelda U: A Tale of 2 Eras & The Sheikah Connection Nintendo Confirmed

This week’s big, Big News is of course the celebration of our first year anniversary, which for us is a huge deal. There have been some ups and some downs and I’m not just talking about our views. As a new news outlet trying to establish yourself, it’s not easy and takes a lot of hard work,  hard work that I wasn’t quite so sure of that I was willing to tackle in the beginning, but here we stand, still together but with a now larger team and still going at it, Miketendo64 marches onwards!

So what did we do exactly to celebrate the occasion? Well we did a very special Miketendo64 video to mark the occasion and announce the winners of our first major giveaway. A video you can watch right here:

But we didn’t just focus on embracing the present and celebrating the past, we also turned our sights to the future and have shared such plans in the form of another article, which you can find by clicking here. There are going to be some changes around here and this week is evidence of that!

As far as news goes, this week has been a good one and with a whole ton of stuff meant to drop next week, the week should be very interesting indeed. So whatever Pokémon bombshells do drop, you can be sure to see it all here, amongst everything else we’ll be doing for #PokemonWeek. And remember, if this round up of the news isn’t enough, you can find plenty of articles on our site waiting to be read and whatever news comes out next, we’ll be sure to share it here just like we always do!