More Games for the Humble Friends of Nintendo Bundle 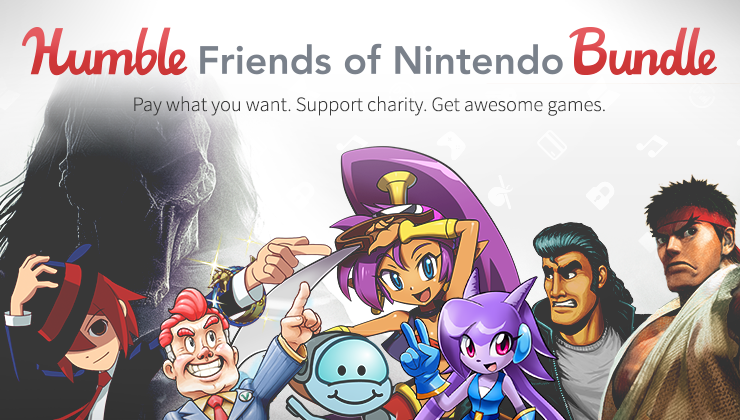 With the bundle continuing to sell rather nicely indeed, more games have been added to the line-u and just like we promised, we’re here to share just what those games are!

Provided you paid a minimum of $13 dollars when you donated, you should receive redeemable codes of the newest available titles, for the eShop at no additional cost and should you scroll down, you can see which games they are for yourself!

Even if you don’t think these are the greatest games in the world, you can’t deny it isn’t for a great cause, besides you’ll be amazed at just how much of an impact the Humble Friends of Nintendo Bundle has had on the 3DS eShop chart. A fact you can see for yourself when you look at the Top 4:

All four games are games that were available from the very beginning since the bundle began and if you haven’t purchased your very own bundle, you may want to rethink that as now the full line-up goes on to include all of the below:

Pay a minimum of $1 Dollar:

This special bundle is only available for one more week, (ending Tuesday the 10th of May) and collectively the games are worth $224 dollars, so you can’t say you are not getting a whole lot of games for a few measly dollars and there are two charities that benefit from all of this, as well as the developers.

And for those of you who wish to donate, but don’t possess a 3DS or a Wii U, that’s okay because Humble Bundle are running a second bundle, which works just like this one, donating a certain amount will get you a bunch of games that can be playable on Windows, Mac and Linux. For more on the Humble Eye Candy Bundle, be sure to click here. I won’t list all the games it includes, but I will list one, Shantae: Risky’s Revenge – Director’s Cut, which is the special edition version of the prequel to Shantae and the Pirate Curse which is available as part of the Friends of Nintendo Bundle.

Now in the final week of the Friends of Nintendo Bundle, it would be great to see if a second million is accumulated, if not more.  We’ll be sure to post one more follow up some time next week!