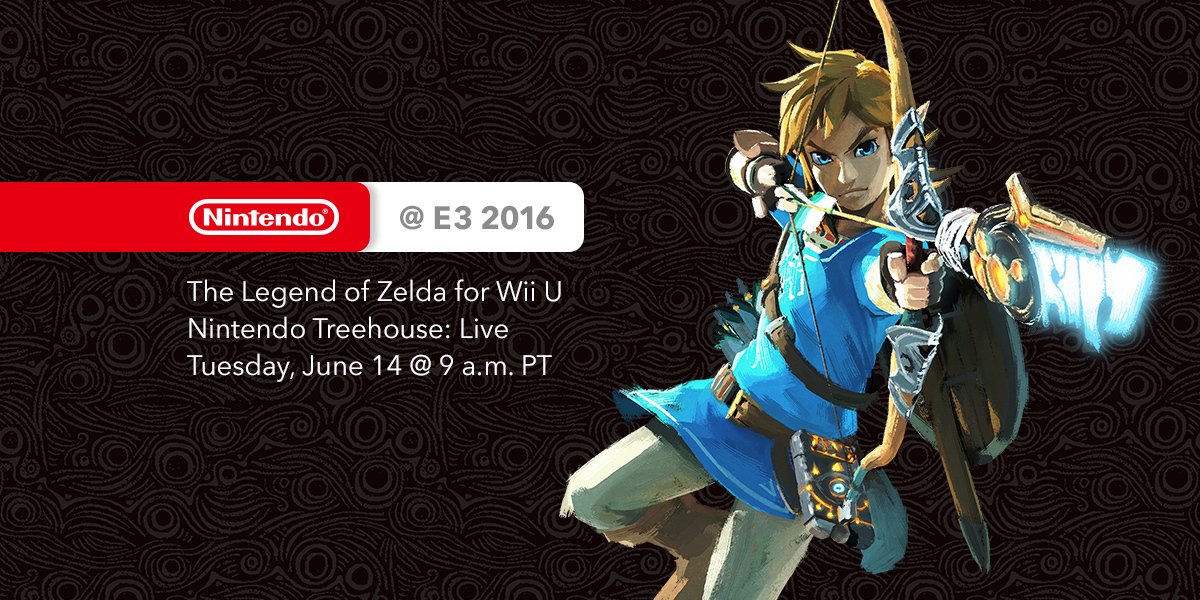 Nintendo Reveals Their Plans For E3

After the surprise announcement last week that The Legend Of Zelda On Wii U will be the only playable Nintendo game at E3, Nintendo have now disclosed some slightly broader plans. They have confirmed that from 9am Pacific / noon Eastern / 5pm UK / 6pm CET on 14th June, we will be graced with a full day of live coverage of the Wii U game at the E3 Event. President of Nintendo America Reggie Fils-Aime will be there to introduce the Treehouse team Kyoto based game company promises the following:

This will be the world’s first in-depth look at the game, which will also include commentaries by Nintendo developers. The Legend of Zelda gameplay will be streamed from the E3 show floor via Nintendo’s channels on YouTube and Twitch, as well as on http://e3.nintendo.com. The stream will include game coverage, behind-the-scenes info and plenty of fun.

Series Producer Eiji Aonuma has said that this new installment in The Legend of Zelda franchise will be a clean break from the conventions of previous games, removing boundaries that forced players to follow a set path and introducing new gameplay that has not been experienced in previous games in the series.

Nintendo is also launching a sweepstakes for residents in North America and Canada to win tickers for two to the E3 event and a chance to play the game – the prize also includes airfare for two, stay in a hotel, and a $500 prepaid VISA debit card”. The details are included in their tweet below;

Tell us what the Zelda series means to you w/ #MyZeldaLegends & #NintendoSweepstakes & you could join us at #E3! pic.twitter.com/dhBzd85BpY

So if you live in North America or Canada and feel like netting yourself some tickets for this event, be sure to get on your Twitter accounts and hashtag away for a chance to win the Sweepstakes. I have already done my tweet but alas, I am not eligible as I live in Europe :'( Anyway Good luck to you all and I wish you all good luck!

UPDATE* Nintendo have just launched their E3 website which does look pretty cool and is to serve to bring news coverage about the Nintendo @E3 Event and can be found here.


Categorised in: Announcement, Mike Scorpio, The Legend Of Zelda, Wii U