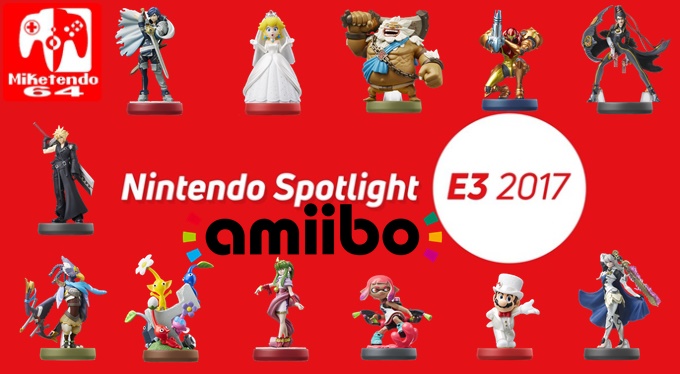 With So much Nintendo News coming from E3 2017, we thought we would take a breather and put a gallery together of all the new amiibo that will be coming including the newly announced Super Mario Odyssey, Metroid, Fire Emblem & BOTW Champions amiibo and a closer look at the Smash Bros, Pikmin, Splatoon 2 & Zelda amiibo. You can check them out below.

All images come frome the official Nintendo E3 Press Kit and have been edited to remove the White backgrounds. All rights belong to Nintendo.