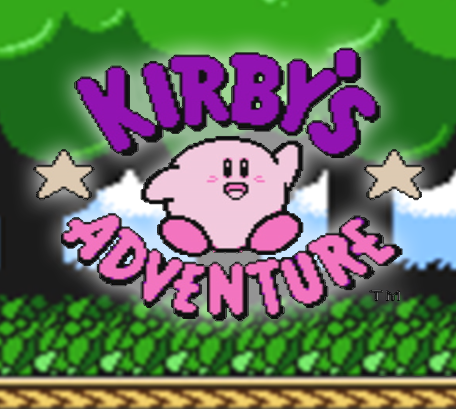 With the recent announcement that there is a new Kirby game in development for the Nintendo Switch – it’s a good time to go back and review Kirby’s humble beginnings in his first ever game on the NES.

With the NES pulling out all the stops to push the machine to its limits in its late generation, 1993 brought us a new platformer that pushed every ounce of power into it and a new Nintendo gaming icon was born.

Kirby’s Adventure had the most colourful art pallet a 3D background that included towers that appear to rotate in three dimensions. It was one of the largest games Nintendo ever released at 6 megabits.

Kirby introduced more to the platform genre in gameplay where you had the ability to inhale enemies and steal their powers to use on themselves. This gave a fun advantage to the game. Kirby could also inflate and fly over a short period of time.

The gameplay was a simple pick up and play. Go through a level, defeat enemies and then an end of level boss. The game consists of seven worlds and a warp star door which enables Kirby to travel from world to world.

Kirby’s Adventure still holds up today with it’s colorful graphics and fun style gameplay and stands out as another legendary Nintendo franchise that’s added to their list of quality excellence.

Whether the original NES adventure for Kirby will come to the Virtual Console is unknown – but Kirby’s future is sure set for it’s new Nintendo Switch release. And we won’t see this pink marshmallow disappear anytime soon.