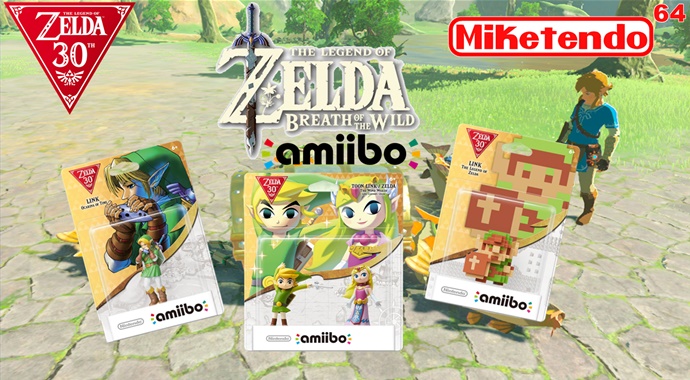 The 30th Anniversary Zelda amiibo series are out today and include 8-bit Link, Ocarina Of Time Adult Link, and Wind Waker Link & Zelda (which are in a double pack but in some regions are sold separately, Europe for example). Along with their release, Nintendo have revealed their functionality with the upcoming Zelda game Breath Of The Wild.

Nintendo have said that each of the amiibo will generate random items in the game and in some instances will also reveal a chest that contains a rare item.

Each figure will generate the following items when scanned:

The Wolf Link amiibo’s function has already been revealed to bring Wolf Link into the game as a companion to help aid you in your quest. The Breath Of The Wild Amiibo which release next yet will also work with the game but it is not yet known what functionality they will have.


Categorised in: Amiibo, Announcement, Breath of the Wild, Mike Scorpio, News, Nintendo, The Legend Of Zelda, The Legends of Zelda, Wii U