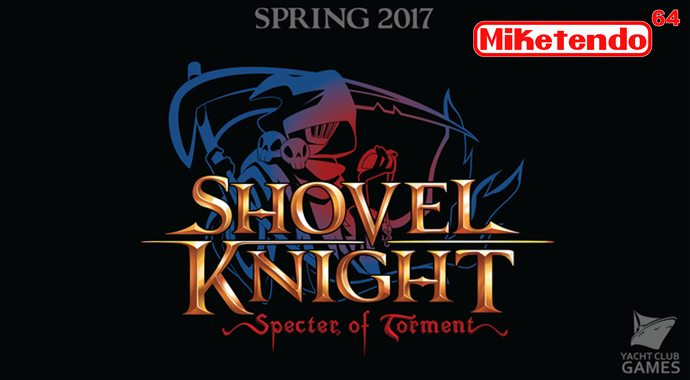 Specter of Torment is Essentially an All New Game

Details which actually explain why the free campaign update has been in development for so long, besides being developed alongside the King Knight campaign, and that reason is Specter of Torment is essentially an all new game.  Not to be mistaken for a game independent from Shovel Knight, but unlike the Plague of Shadows campaign, Yacht Club Games have confessed that they’re building the game from the ground up. This means new areas to explore, new armours to wear and a whole bunch of other new stuff, but it doesn’t just stop there.

Instead of being like the Plague of Shadows campaign, which ran parallel to the Shovel Knight storyline, Specter of Torment is actually a prequel that sees Specter Knight assemble the Order of No Quarter and I don’t know about you, but that sounds pretty great to me! And since we’re all Shovel Knight fans here, you can find most of the official details of what was said in the Yacht Club Games post below:

“Whoah! Did you get everything!? You’ll not only play through Specter Knight’s own story, but also see new areas, new music, new enemies, new objects, new boss fights, new weapons, new armors, and way, way more than ever before. Even the villainous boss knights have prepared new tricks and tactics!

Does that sound like a new game?! Well, that’s because we’re building Specter of Torment from the ground up so that it can be a completely unique standalone experience.While Plague of Shadows followed an alternate parallel campaign, Specter Knight travels a new path in this amazing prequel. It’s your mission as Specter Knight to recruit the Order of No Quarter for The Enchantress! Specter Knight’s campaign truly is his own adventure, and we can’t wait for everyone to get their hands on it this Spring.”