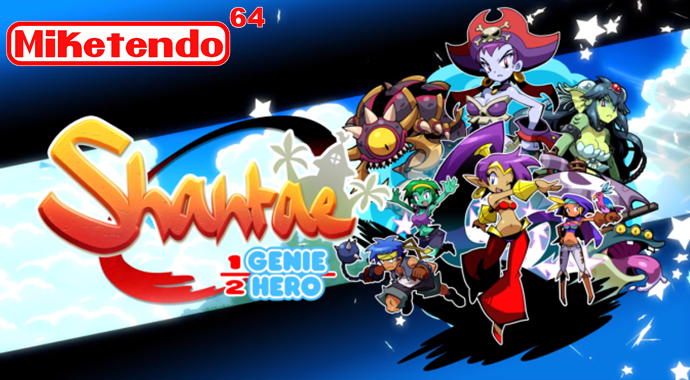 It is finally full steam ahead for WayForward as they have confirmed a release date for Shantae: Half-Genie Hero, December 20th. It is a multi-platform release and will be coming to Steam, XBox One, PS4 & Vita and Wii U (awaiting confirmation) The first two platforms will be having a worldwide release where as the PS4, Vita & Wii U version will only be launching in North America & Europe.

As regards to the Wii U Front, Game Developer WayForward are awaiting confirmation from Nintendo for Shantae: Half-Genie Hero to release on the Wii U eShop in both Europe & North America on December 20th which I would imagine so as it has already appeared in the Italian version of the Wii U eShop.

There is no word on when the retail version will be available but WayForward have stated that XSEED, whom are handling the Physical Distribution will be letting the public know soon enough with an announcement. Kickstarter Backers of the game will be able to get their hands on the game early with a special download code that is time stamped and will unlock the game on December 12th.

You can read more via their official Kickstarter page here.