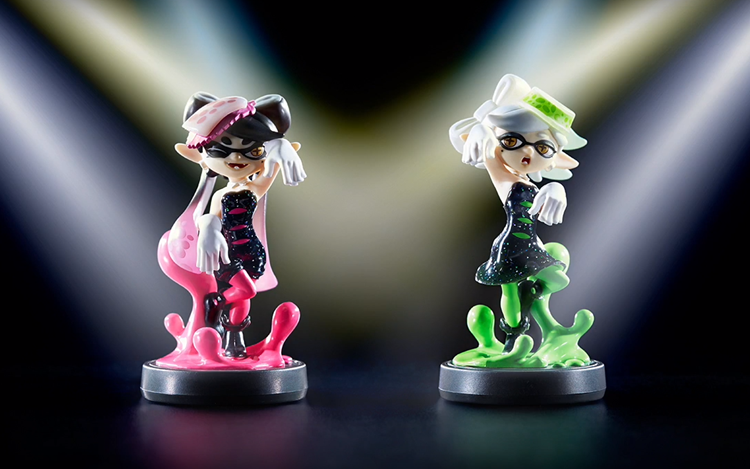 It has been confirmed by both Nintendo America & Nintendo Japan that the Squid Sisters Callie & Marie from Splatoon will be getting their own amiibo figures. The figures will be available in Japan July 7th and in North America & Europe July 8th. They will be a very welcome addition to the constantly expanding amiibo range will increase the number of figures in the Splatoon amiibo series.

However, that isn’t all as there will be a revised edition of the Inkling Boy, Girl & Squid with a different colour palate which do look pretty cool! Though it must be noted that the orange Inkling Squid is only available in North America if you buy the bundle.