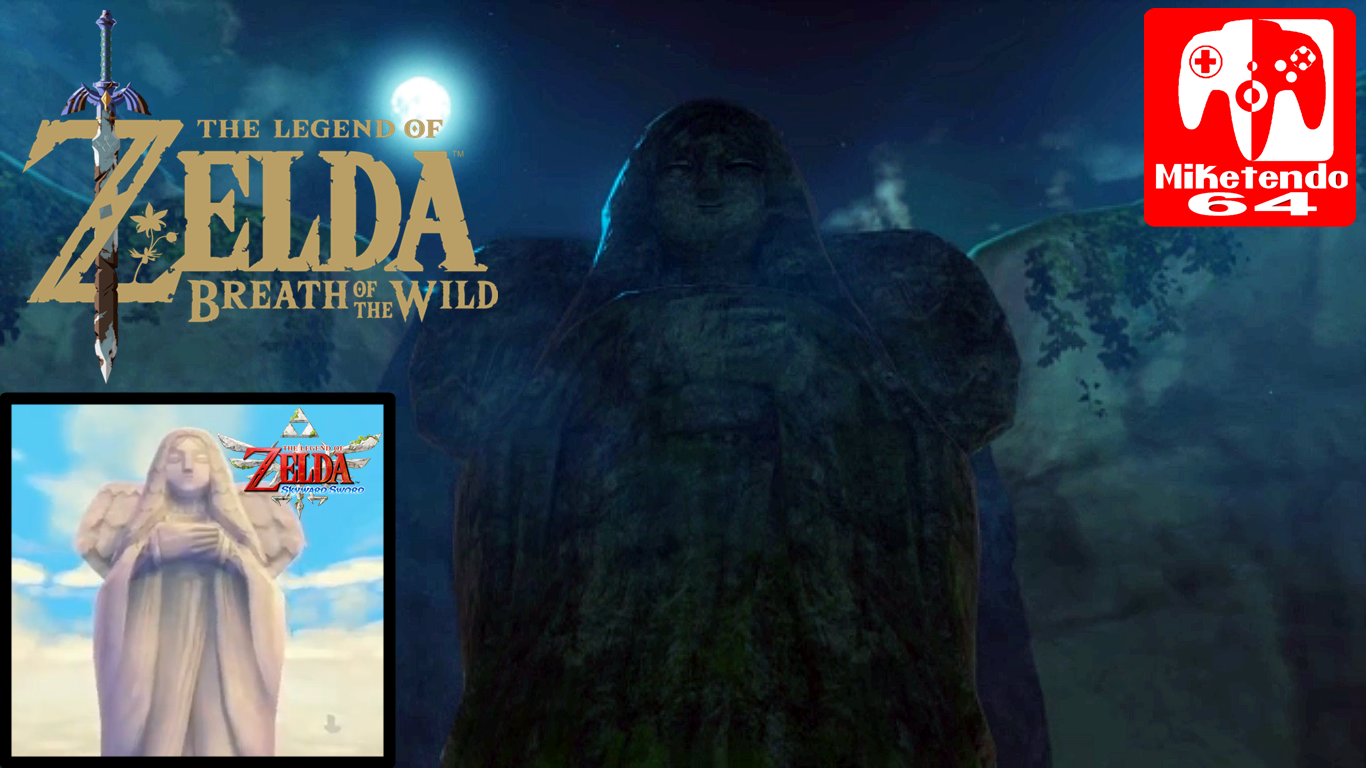 In the latest trailer of The Legend Of Zelda: Breath Of The Wild, there is a scene that shows a goddess statue much like the one in Skyward Sword. It is known that Breath Of The Wild will have many Easter Eggs and references to many of the other games in the series but it is not known whether they will have any strong significance or ties to the other titles. For example, we know there are Statues of the Goddess Hylia in BOTW but don’t know if it is the Exact same statue from Skyward Sword (will we be able to go back to the Sacred Grove?).

We know that the game takes place after Ocarina Of Time (and well after Skyward Sword for that matter) thanks to a recent interview between Game Informer and Shigheru Miyamoto & Eiji Aonuma. It was not specified exactly where BOTW takes place in the timeline but Aonuma states that it will be apparent when you play the game. As regards to goddess statues in BOTW you can see for yourself in the latest Japanese Trailer below.

With only a few more weeks to go, it is incredible to think that the day almost all Zelda fans have been waiting for is finally upon us. The question remains though, on which platform will gamers be picking BOTW up on? The Wii U or the Nintendo Switch? And will we find out the truth of where Breath of the Wild takes place in the Official Zelda Timeline?