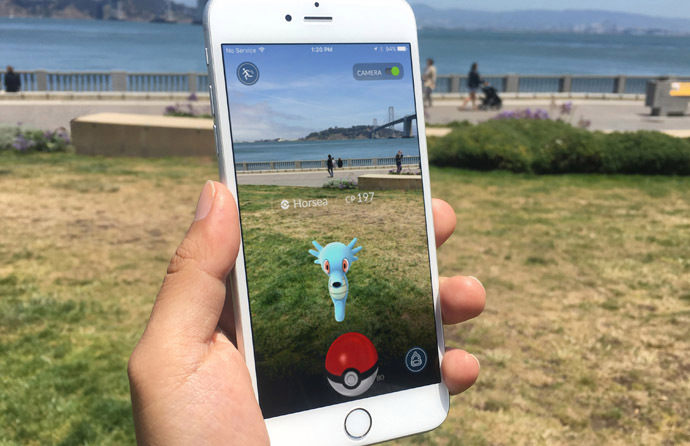 The All Popular Pokémon Go is now officially out in 26 countries around the world and I have managed to have a go on it myself. I can see why it is popular but it is not without its faults which I have discovered one by one whilst playing. A lot of the problems could be linked to my phone itself as it is not a top of the range smartphone and has a poor battery anyway. Anyhow I shall leave the critiques for just a moment start off with the good stuff.

This app is really good at encouraging people to get motivated by making them walk everywhere. If you happen to bump into someone who is also playing the same app, it is a great conversation starter as you already have one thing in common and that is that you are both playing Pokémon GO. The app also encourages you to really look for those hidden Pokemon nearby and can have you wandering near and far to catch the elusive critters.

It actually feels like a triumph when you catch Pokémon as it isn’t always easy to land a perfect throw of the Pokéball. You can also level them up if you have enough stardust and candies to do so and you can also evolve them by using more candies.

My critiques for this game however, do make playing this game frustrating. The app eats through battery life quicker than Pikachu can down a bottle of Ketchup to the point I have bought an external Battery booster to keep the battery charged whilst on the GO. The Niantic loading screen seems to take forever to load and the map does a while to render and keep up with your current position. Catching Pokémon is difficult enough but when the app freezes during the essential Ball Catch moment, it is extremely frustrating.

A lack of variety of Pokémon between catches, the game states that there are a certain amount of different Pokémon nearby to your location but I always seem to bump into the same one 8-10 times a Pokémon appears and I only have one or two on the list in question.

Grinding is a pain, granted you get more points if you catch a different Pokémon for the first time but when you are constantly surrounded by Zubats it makes the task of grinding an absolute chore, especially if you are playing on a budget because Pokéballs cost money and the in-game currency is purchasable only by real-life money until you are level 5 and can start taking Gyms. Granted you can get some free from PokéStops but that’s all well and good if there are any near you and you have the time to wait for them to refresh.

My AR doesn’t seem to work. Again this may be more of a problem with my phone than with the app but trying to catch Pokémon in the real world is less interesting when you can’t actually catch them in the real world using your camera rather than the computer generated image that is used in the app instead. I want to catch a Pokémon in my local supermarket but if the camera doesn’t show up the Pokémon, how are friends supposed to believe me when I say I caught a Gyrados in the Frozen Fish section (I haven’t yet but it could happen).

Well those are my gripes and first impressions with the App. It is still a great app to play but it will still need tweaking before it will be a truly great experience, either that or i will need to get another new phone 😉 Thank you for reading this article, I am sure that my Editor in Chief, Jack Longman will no doubt be giving us his first impressions soon enough.