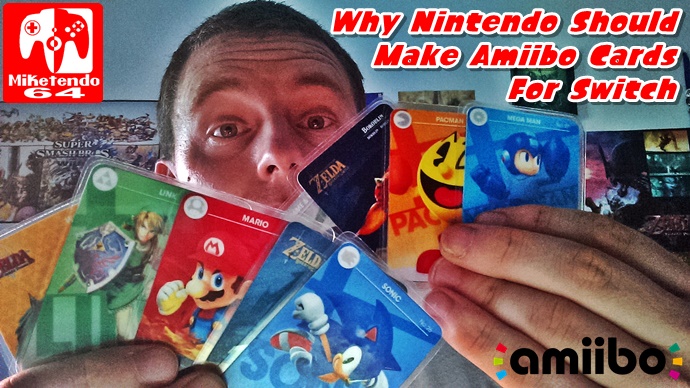 [Video] Why Nintendo Should Make Amiibo Cards For Switch

With Nintendo really pushing the Nintendo Switch with crystal clear advertising as to what it is, a home console on the go, and still driving the amiibo brand by announcing even more amiibo figures releasing throughout the year, it is fair to say that Nintendo are still on board with the Toys-to-life program. I love amiibo as it allows me to collect my favourite character and figure form an display them in all their beauty and the fact they can unlock extra content in games is a bonus, I fear that amiibo figures may not key in too well with the Nintendo Switch’s Streamlined “Gaming on the Go.”

Not everyone who owns a Switch, owns amiibo and those that do are not necessarily going to whip them out in public to scan on top of their console to earn some extra goodies or unlock a costume. Also with some amiibo figures being hard to find due to their limited availability, sure there must be an easier way to collect our favourite characters and still unlock the extra goodies in our favourite games. Well there is and it comes in the form of amiibo cards and allow me to explain how they can work better for both the consumer and Nintendo with our video below.