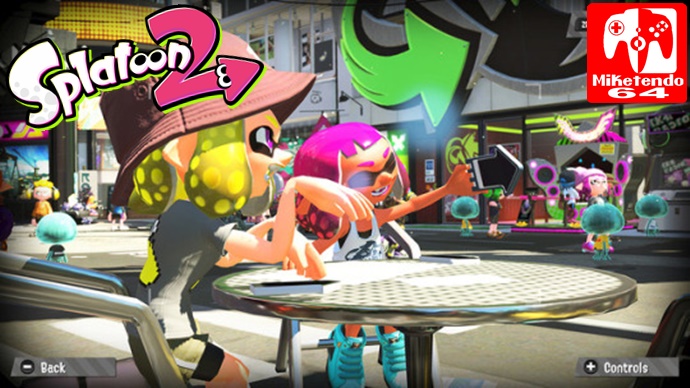 Splatoon has taken to their tumblr account to share more on what the new series of amiibo will do in Splatoon 2. You will be able to bring your amiibo friend into the game and take in-game photos with them and also customize them with your preferred gear and load-outs so you can use them on a friend’s Switch. You can check out the extracts from the blog below.

Three freshly designed amiibo figures will launch alongside Splatoon 2 on July 21st – a new Inkling Girl, Inkling Boy and Inkling Squid. Below are some close-ups of these specimen.

We also discovered there are multiple benefits to tapping these amiibo into Splatoon 2. After tapping a compatible amiibo (which includes previously released Splatoon amiibo figures), the figure’s character will appear in the game and befriend the player.

Here at the lab, we’re happy we can report that even the original Splatoon-series amiibo will be compatible. Now where did we place that Callie amiibo?

Befriend an amiibo character and it can remember your current gear, player settings, and camera options. This comes in handy when waging Turf War at a friend’s house, or as a convenient way to have a special pre-set loadout ready-to-go.