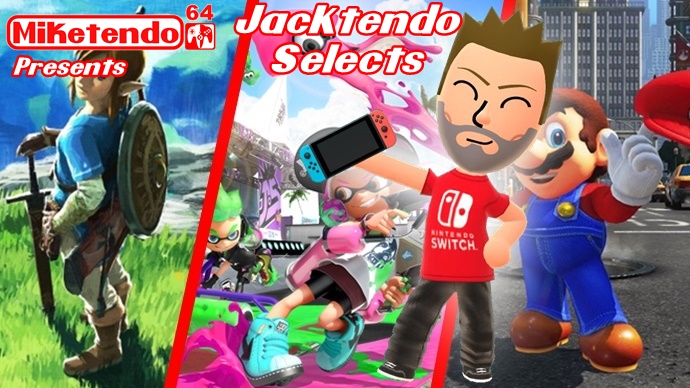 Hello and welcome to the first instalment of Jacktendo Selects, a new monthly feature in which will see me countdown my favourite games on Switch in the month that they came out and reveal the game I’m most looking forwards to from the following month!

There won’t always be 10 games listed in every instalment, but for this instalment there is! But there are some rules. A game can only appear in this list, if I have personally played it, reviewed it and if it is a full game, so the likes of Splatoon 2’s Global Testfire Demo will not be featuring an appearance.

So from least favourite to personal favourite, here is My Top 10 Switch Games of March 2017:

Is it a cop-out that both Shovel Knight: Treasure Trove and Specter of Torment made it onto my list? No, it’s not. Specter of Torment is a fantastic game in its own right that does stand on its own, whereas Treasure Trove is an exceptional video gaming anthology that encompasses 3 great games to play on every platform it’s available on. So no, it’s not a cop-out, Shovel Knight in both the forms seen above, does deserve to feature on my list the way that it does. A cop-out would be including Shovel of Hope and Plague of Shadows instead of Treasure Trove.

However, since the photo list does not reveal how each title faired in my reviews, here’s a written list that does just that from highest score to lowest and provides links to the reviews themselves:

And just so it doesn’t feel left out, here is the other Switch game I reviewed this month that scored the lowest, hence the reason why it is not in the my Top 10 list when the others are:

But now that we have covered games that are out and available already (and already reviewed by myself), it is time to reveal the game I am most looking forwards to in April and surprise, surprise it’s not Mario Kart 8 Deluxe. It is no secret that I’m not the biggest  fan of Mario Kart 8, as I whole heartedly prefer Mario Kart 8 and while I will be picking it up and reviewing it, the game I am most looking forwards to, is of course Yooka-Laylee, (provided the Switch release does happen in April.) Yooka-Laylee looks great, it plays great and we’re going to get such a great gaming experience from it, so what’s not to love about it? It is a game that lives up to the hype and it could very well be the next game that gets its fair share of Perfect 10’s, but that is neither here nor now, but it is soon.

And now with the end of this edition almost within sight, it is time for me to pick 1 of the 10 games that made it onto my list, as a recommendation/must-own/get for Switch game and it is not The Legend of Zelda: Breath of the Wild? Why not? Because let’s face it, if you own a Switch, or a Switch and Wii U, then there is a very good chance you own Breath of the Wild already so what would be the point of recommending it to you? Instead I am recommending a game that I feel will appeal to the majority of Switch owners. A fun game that I just can’t get enough and is just a clear winner in my book! So without further ado, I present to you my March Jacktendo Selects title, Snake Pass! It really is too good to pass up!

Thank you all for taking the time to join me as I kicked off a new feature exclusive to Miketendo64 and ran through my Top 10 Switch games for the Month of March. It’s been so much fun that I am obviously going to do this next month, but who knows, I might even do another Jacketendo Selects piece. After all, I could do a list of my favourite Zelda games, or even favourite games of all time. It could literally be about anything, so if I don’t see you again with a sneaky instalment, be sure to catch the monthly one when I post it on the 30th of April.

So until then, keep on gaming and here’s a list of my Top 11 Switch Games of all Time: