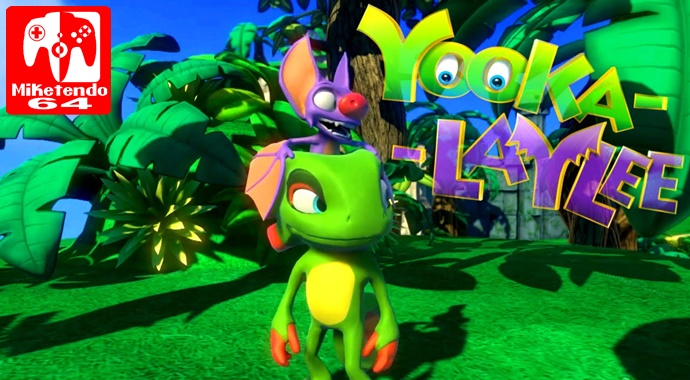 Given just how bad the DK Rap was, it’s rather amazing quite a lot of people in this world has never seen it/heard of it and if you’re among them, then for the purpose of this article, I will to need you to watch this video:

If you did watch it, I do apologise for putting you through it and if you’ve seen it before, I feel your pain, but it seems the sting of this song is no longer felt, as Grant Kirkhope, one of the composers working on Playtonic’s Yooka-Laylee and the man responsible for the DK Rap has confirmed he the upcoming title to have a DK Rap of its own and you can see said confirmation and his statements that followed, here:

You'd think I'd have learned from the DK Rap, but alas no …. the GK Rap lives!!https://t.co/evOfCMfwBO

and reality starts to set in that it'll probably take me another 15 years to live this one down …….

The worst thing about all this, is the fact that instead of putting me off, it only has me even more excited about the upcoming game and eager to see/hear the new rap in action and just as soon as it is, you can expect to bear witness to it here at Miketendo64.com Until then, here’s that DK Rap again: