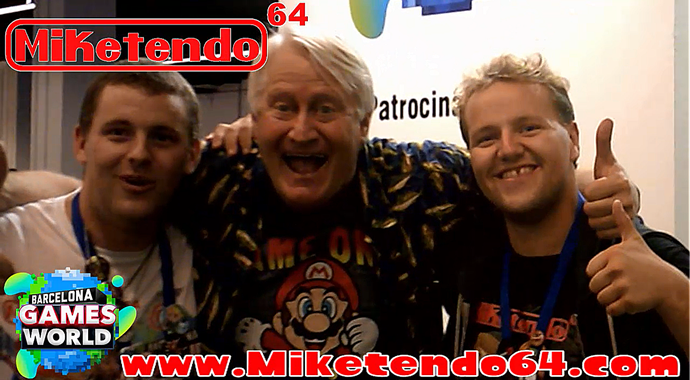 Jack & I (Mike) got the opportunity of a lifetime, to talk to the voice of Super Mario, Charles Martinet at Barcelona Games World. We asked him about his role on Runner 3. What is his favourite Mario Game. What he knows about Super Mario on the NX. What are his thoughts on being a costume for Super Mario Maker and Much, much more.

It was an absolute honour and a privilege to be able to talk to such a brilliant person who took the time to talk with us for a small interview, Jack used his power of persuasion (and his Press Pass) to wrangle the interview and what an interview it was, but rather than just write it all up, you can watch the full video below or view it on our YouTube Channel.

We would just like to thank you Charles Martinet for taking the time to talk with us and to your assistant Cristina for allowing us to set up the interview. To meet one of our childhood heroes is a moment we will never forget here at Miketendo64. You truly are a legend and a brilliant guy to talk with in person.