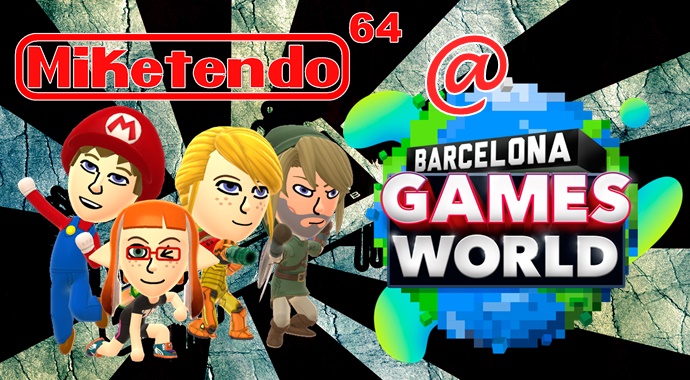 Due to bad timing of getting finances together and other life commitments, Team Miketendo 64 never got to go to E3 Gamescom or even the Tokyo Games Show but with a games expo in our own backyard, Jack & I will be going to Barcelona Games World. So what it Barcelona Games World you might ask? It is supposedly Spain’s answer to rival that of Gamescom in Germany and Paris Games Week in France. Spanning over four days in the Montjuic region of Barcelona From October 6-9, it boasts some big names and big games in attendance including Nintendo, Sony, Bethesda and more.

With our Press passes accredited, the hype is all too real for us now and we can’t wait to  get there in just a couple of weeks if not less. Though The Legend Of Zelda: Breath Of The Wild will not have a demo there 🙁 there will be plenty of other things available to do including the chance to win some great prizes from the Nintendo Booth. We will be filming all the action during our visit and will upload it straight to YouTube for your viewing pleasure!

You can stay informed via our Facebook page and Twitter page and also right here at Miketendo64.com