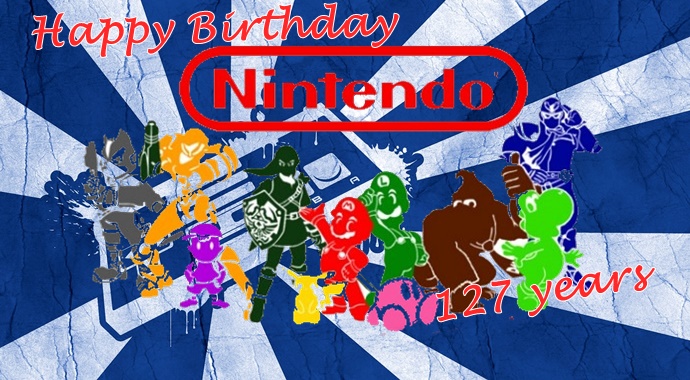 Today (23rd September 2016) marks Nintendo’s 127th birthday! For a company that specializes in videogames in this current age, it was never always like that. What started out as a trading card and toy manufacturing company underwant a vast transformation in the 1970’s and has become the gaming giant many of us know and love today. This is truly an achievement by any standard as 127th years is more than Sony & Microsoft put together with another 16 years on top. To celebrate this occasion, we are going to list some trivia that you may or not know about the Kyoto based company:

If you have made it this far, we would like to thank you for putting up with us. If you would like to share your Nintendo Birthdays