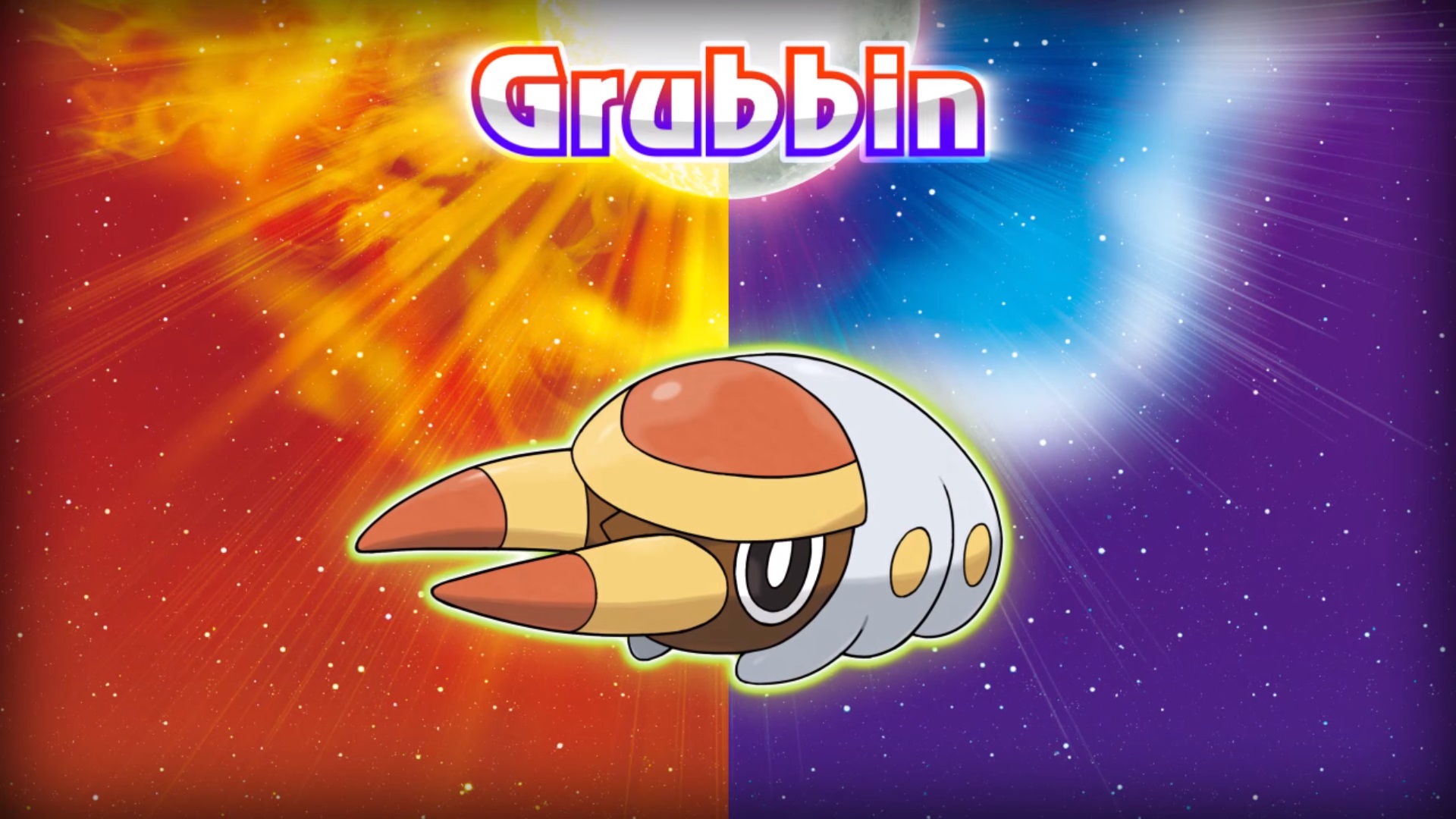 Talking ‘Bout The Next Generation: Gen VII – Grubbin (The Pokémon Of Sun & Moon)

Hello and welcome back to “Talking ‘Bout The Next Generation,” the spin-off feature series of Talking ‘Bout My Generation, (the 6 part series we ran during #PokemonWeek.) Just like in the last series, we will be talking about, yep you guessed it Pokémon! Except this time instead of talking about one particular Pokémon per generation, in this series we’re talking about the many Pokémon of Sun & Moon. So to kick off the fourth instalment, let’s talk about Grubbin!

During E3 three new Pokémon were shown, and unlike a lot of Pokémon fans I know personally, I was actually excited about Grubbin the most. Yungoos did not blow me away at all and if I’m honest, I was a little disappointed, and Pikipek did not fair that much better. I love a good Flying-type and I am positive Pikipek will be a great Gen VII Flying-type, but I was just more interested in Grubbin from the get-go. I absolutely hated the design, and thought and still think it looks too “cute” for its own good, but given as how a lot of Bug-types go on to become something awesome looking, I had a really good feeling about this Pokémon.

Now seeing as how we’re a whole month later and we now know for a fact that Grubbin evolves into Charjabug and then into the very awesome Vikavolt, which I am very excited about that. I have a habit of using Bug-types against Flying-types, regardless of type disadvantage and with both Charjabug and Vikavolt also being an Electric-type, well that means sorry Pikipek but I will be using all manner of Electric-type moves whenever I see you, (unless I am training Salandit, then in which case I will be deciding on whether I should poison you, or burn you.)

That said, I will of course have to evolve Grubbin in the first place and provided evolving works the same way it does for most Bug-types, it’s just a case of getting you to a set level lower than the one for the starters and away we go on the path for Vikavolt because the sooner I can add him to the team the better and yes, going by all the Pokémon we have seen so far, Vikavolt, Bruxish, Rockruff and Mimikkyu (English name yet revealed,) are looking to be the top contenders to get a place on the very first Gen VII I’ll make, when playing through Moon nearer to the end of the year.

We have reached the end of today’s edition of Talking ‘Bout The Next Generation, since you’ve had to sit there listening what I had to say about this interesting Bug-type who you will either love or hate, feel free to return the favour by commenting as much or as little as you want about Grubbin.