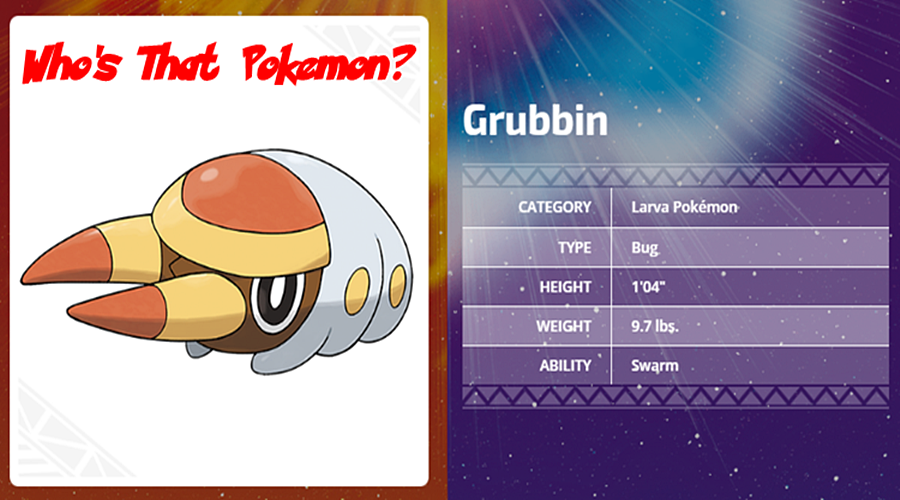 While we still wait on more details concerning Iwanko & Nekkoala, E3 is here and we’ve just had three new Pokémon revealed and more details on Magearna, so it’s time for the third of 4 new “Who’s That Pokémon?” posts. Up now, it’s Grubbin!

Specific routes have yet to be announced, but somewhere in in the Alola Region, in forested areas close to power plants and substations.

Description: “Grubbin relies on its sturdy jaw as a weapon in battle and as a tool for burrowing through the earth. Grubbin loves electricity, which is why it can be found near power plants and substations. By wrapping tree branches in the sticky threads that it spews from its mouth, Grubbin can swing around like an actor on suspension wires!”

As soon as any additional information is divulged, we will be sure to update our information, but like we said, this is the third of 4 new posts, so as we finish here, it’s time for the final instalment!