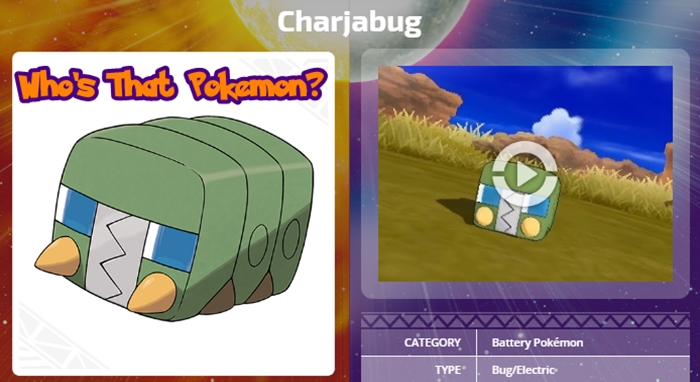 For every day that passes, is another day we move closer to the release of Sun and Moon and the closer we get, the more Pokémon we get to learn about. This is “Who’s That Pokémon?” A series of posts regarding the Pokémon we can expect to see in the upcoming games. From Rowlet to Magearna, we’ve covered them all, but now with the latest batch revealed, it’s time for some more additions of Who’s That Pokémon? and in this particular post, it’s all about Charjabug!

Description: “Charjabug stays perfectly still in preparation for Evolution, and often spends time with its body half-buried in the earth. Charjabug is able to store up electricity. It can store enough power to run a household for a whole day. The power it stores can be provided to other Pokémon, so it can also serve as a battery!