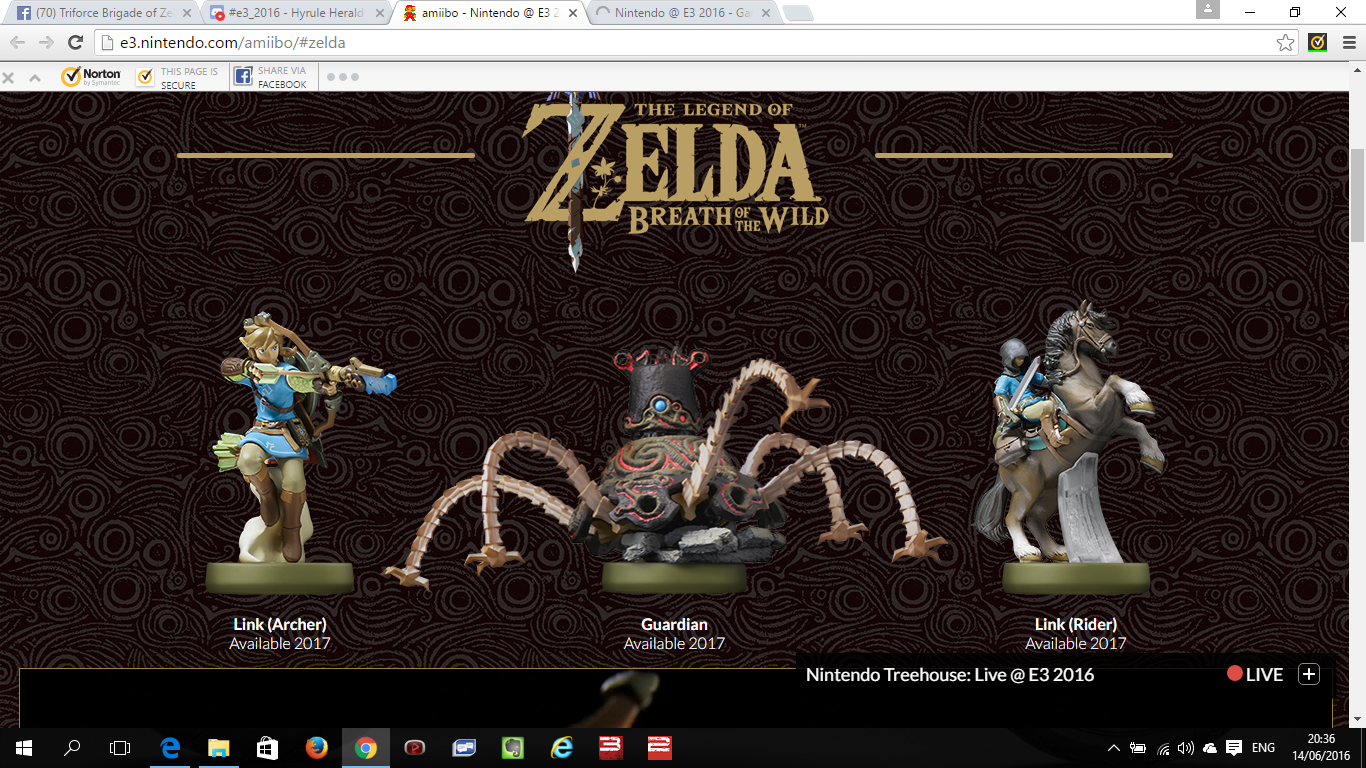 Behold the Zelda: Breath of the Wild Amiibo (E3 News)

The Legend of Zelda: Breath of the Wild will be getting its own range of amiibos (3 of them,) but before we elaborate on that, first let’s talk about what the Wolf Link amiibo does!

It brings Wolf Link into the game to serve as a companion and the two will work together and Wolf Link will be able to assist in combat by attacking enemies. He can sense meat and take down prey. Should you separate though, you will be able to call him back with a whistle and if you’re wondering how long he will be sticking around, well that depends entirely on you and on how well you did in the Cave of Shadows from Twilight Princess HD. The number of hearts you were able to save will be the number of hearts Wolf Link will have and should you allow him to die, then your canine companion will be leaving your side.

As for the other amiibo coming to the game, besides knowing there are three of them, which are due out next year, we also know their names. To no surprise there is a new Link amiibo, but actually there are 2, one as Archer Link and the other as Rider Link and both in the blue tunic! The 3rd amiibo is the Guardian amiibo, the mechanised monster we saw chasing Link in earlier footage and unlike other amiibo, this one’s limbs actually bend!

Tags: Amiibo, The Legend Of Zelda, The Legend of Zelda: Breath of the Wild, Wolf Link Amiibo, zelda wii u, Zelda Wii U amiibo


Categorised in: Amiibo, E3 News, News, The Legend Of Zelda, Wii U