The Legend of Zelda: A Tale of DLC and Amiibo 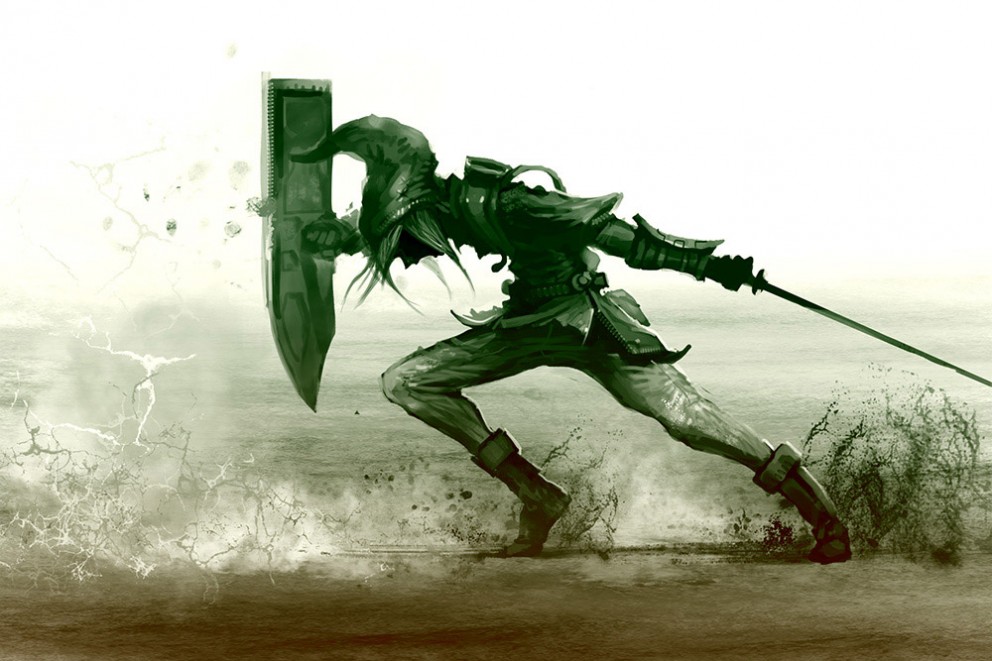 It is terrible that it was on this day we learned we won’t be able to get our hands on Zelda U until almost a year from now, but there’s nothing we can do about that, so instead of looking forwards, let’s turn out gaze backwards.

With it being our very own #ZeldaWeek, it’s time for our next Big Feature piece and where we touched on amiibo regarding other recent Zelda titles in our previous piece: The Wind Waker Remaster that Could have Been! This time we’ll be digging even deeper into the amiibo connection and covering Zelda dlc! We already know Wind Waker HD missed out on amiibo due to being released the year before amiibo came out, but both amiibo and dlc did make it into the Zelda spin-off Hyrule Warriors. Quite literally one of the best Zelda spin-offs there is, the game is compatible with every amiibo, but some actually have a special effect, such as the Link amiibo unlocking the spinner.

Hyrule Warriors was also one of the first Nintendo titles to feature dlc. We’ve already seen the likes of downloadable content put to use by the likes of Xbox and PlayStation and they are always so overpriced. Worse yet, the dlc never really felt like value for money, but the dlc packs certainly were. New characters, costumes, adventure mode maps and all of that at very easily affordable prices. Unlike most games, it didn’t feel like half the game was deliberately held back so that it could be sold to us later on at a price similar to what we brought the game for in the first place. What Warriors did feel like is a complete game that got a hell of a lot more to offer afterwards.

In short, amiibo and dlc was a hit as far as Hyrule Warriors was concerned and although Warriors may not be official Zelda canon, it did help to pave the way to cement canon Zelda and amiibo/dlc relations. Not only was amiibo considered for Majora’s Mask 3D to access extra content (similar to how the Wolf Link amiibo grants you access to the Cave of Shadows,) but a Skull Kid amiibo was considered. Sadly though this was scrapped and I could explain it myself, or use an abstract from Aonuma taken from an interview with GameSpot last year:

Eiji Aonuma: “We really did want to do amiibo, like with Skull Kid that would work with Majora’s Mask. But one of the things that was really difficult was, because this was a remake of the game, we didn’t have the opportunity to build the kind of gameplay that would connect to using an amiibo in this way. Ultimately, and unfortunately, we had to back off of that idea. But looking forward, I really want to do something like that on a new title. So I hope you’re going to look forward to that.”

So there ended the inclusion of amiibo with Majora’s Mask 3D and it wouldn’t be the only 3DS title to say “No” to amiibo because it would be the same with Tri Force Heroes. During an interview with IGN, Hiromasa Shikata, the director of Tri Force Heroes confirmed that there was no plans for amiibo support in the game and said this to explain why:

Hiromasa Shikata: “I think it’s really something as simple as this game isn’t a natural fit for it,” Shikata explained. “I think [that’s] because we’re focused on giving players the ability to choose different outfits to impact their experience within the game. We didn’t think amiibo added anything other than what games with it are already doing. There’s no reason to shoehorn it in.”

However just because amiibo was left on the wayside, dlc did in fact make it into the game. Since the game’s release, Tri Force Heroes has had two free updates, the biggest being the Den of Trials. A whole new area made up zones where at the very end, after beating the trio of Shadow Links in the Baneful Zone, lurks a chest containing a great treasure, the Fierce Deity armour, one of two new costumes. Once again, this was dlc done the right way and it really added to the overall experience, proving that if done just right, dlc and The Legend of Zelda could continue to go hand in hand and Twilight Princess HD is continued proof of that fact, which of course brings us to our next game on the list.

Three games later, Nintendo had stopped saying “No” to amiibo and said “Yes.” Aonuma would have liked a Telma amiibo, but we all know that never happened, because the very special amiibo that was made that best represented the game, is of course the Wolf Link amiibo. As for dlc, additional content won’t be making it into the game due to Nintendo wanting to focus more on developing Zelda U than to add more to a game they’ve released twice. But, although the Cave of Shadows may not be dlc in the typical understanding, it is additional content that can only be accessed by those who possess the Wolf Link amiibo, content in a roundabout way, you do have to pay for, thus making it a form of dlc. So although it may not be the biggest and best form of dlc we’ve seen incorporated into the series and its spin-offs, it’s not that far behind the Den of Trials, as it too is a new area containing a special treasure for those who best all 40 rooms, which is exactly the same number of stages the Den of Trials contains.

Moving away from Twilight Princess HD, we now head over to the other game released in March that supports amiibo, Hyrule Warriors Legends. Just like its Wii U counterpart, it too is to be packed out with plenty of dlc done right. Dlc that pretty much makes Hyrule Warriors Legends contain twice as much content, which includes new characters and weapons that even the Wii U version can have access too. It’s no surprise that Hyrule Warriors Legends is quickly becoming the much better version of the two what with all the new maps and costumes and extended story with the additional Linkle’s Tale, because the fact is, Legends is hands down one of the best ports we’ve ever seen.

One shame however is the fact that with Hyrule Warriors now hitting the two game benchmark that the game, or series should I shall, has yet to warrant having its own line of amiibo brought out, or at the very least a singular amiibo to celebrate how far it has come in such a short time, but as far as Zelda goes, even the future looks to be lined with amiibo. Still none the wiser as to what Zelda U really is, or what it’s even about, we do know that the Wolf Link amiibo will be compatible with it and have some sort of an effect with the game, regarding save details. And although there has been no mention of dlc for it, which is most unlikely, we still can’t rule anything out.

And now we come to the end, for the entire Zelda history of amiibo and dlc is now all laid bare before your eyes and looking over it, Zelda has benefited from the experience and could stand to benefit even more so, as long as Nintendo continue to go at it the same way they are now. Or do you think different? Should Nintendo mix it up or remove amiibo and dlc entirely? Be sure to let us know in the comments and should you be enjoying out little #ZeldaWeek, be sure to check back tomorrow for my next feature piece, Why Hype is Ruining Zelda U. It is time we realise the damage that is being caused and stop it while we still can! Originally the piece was going to possess a minor rant on why Zelda U is still Zelda U and not just going to be scrapped together and released solely as Zelda NX as a certain number of the Zelda community wants us all to believe, but in light of recent events, I no longer need to include that and can focus on the more important details.