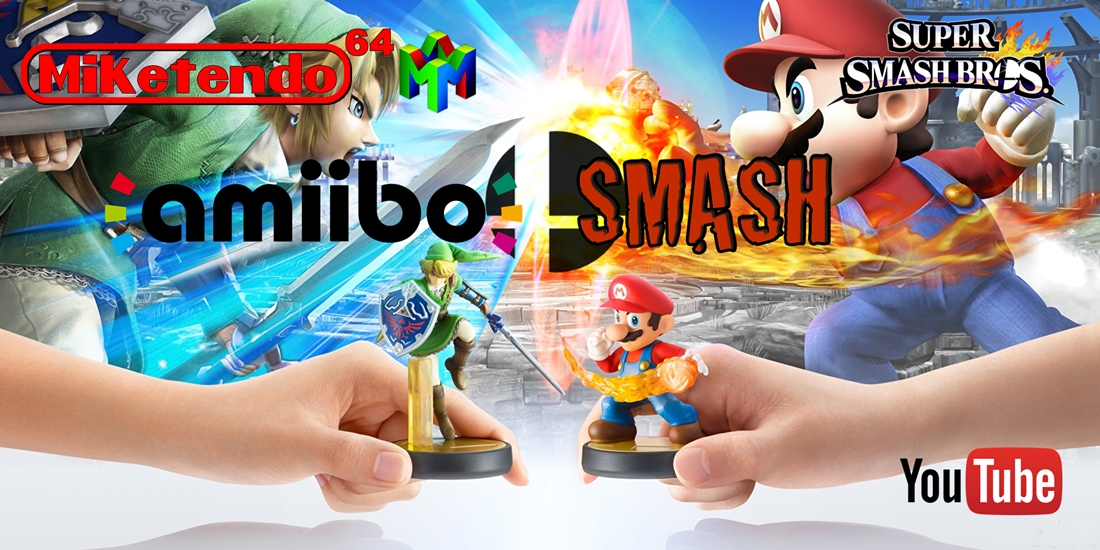 We at Miketendo64 are always looking for ways to entertain our followers. After much investment, we have decided to dive into the world of Super Smash Bros Wii U & 3DS and really put amiibo to the test. Both Super Smash Bros and amiibo have been out for a fair while now so it is time to put them through their paces and train them to top form where they will then compete with and against each other to see who truly are the Titans of Smash! This webseries pits Lv 50 Amiibo against each other in a Stamina & Heavy Special Smash, no items barring the Smash Ball and a huge array of stages to battle on. To start off our new miniseries. We have an epic amiibo battle between two characters that have been mortal enemies of each other since their series began. It is The Hero Of Time, Link himself against the Dark Lord Demon King Ganondorf from The Legend Of Zelda. It is a one on one battle with no damsels to get in the way, This is a true battle of courage against power and there can only be one victor.

We have also done a follow up in the series with Princess Zelda & Sheik against Samus & Zero Suit Samus. Who has the better alter ego? Is the Princess of Hyrule a lot stronger than she looks? Has the intergalatic Bounty Hunter Samus Aran got this in the bag. Watch now to find out!