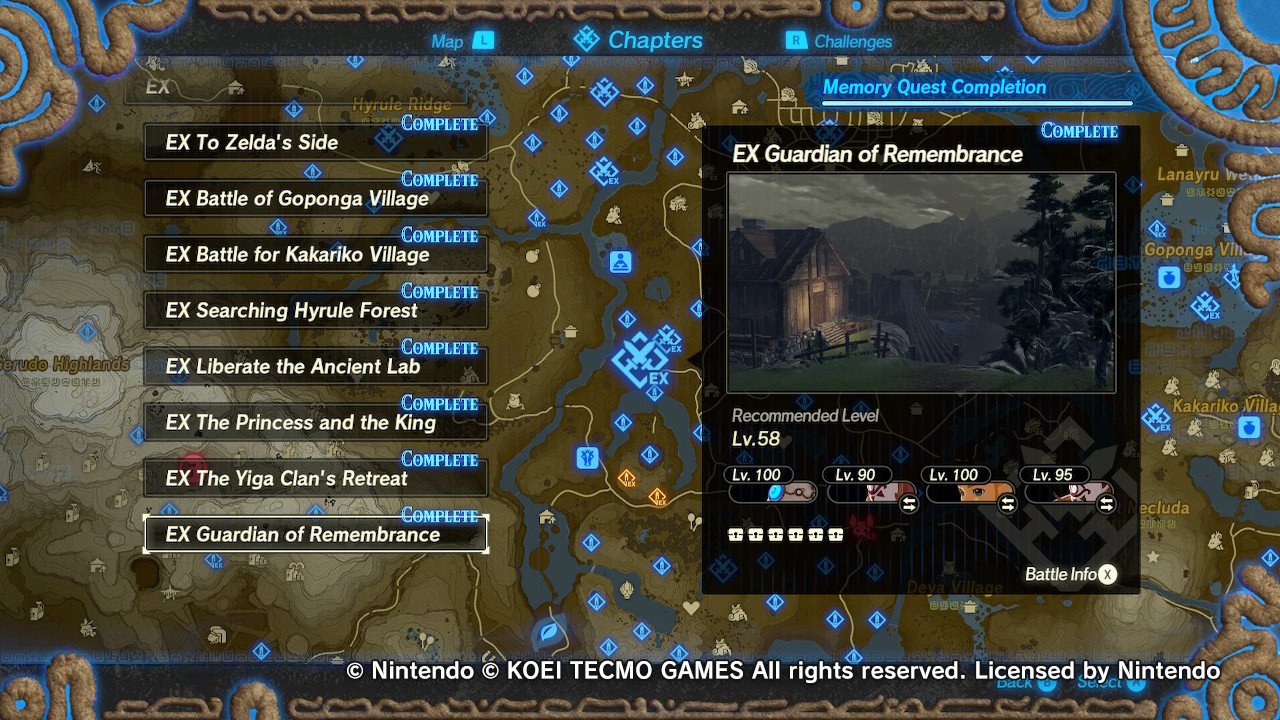 With even more adventures to be had with Hyrule Warriors: Age of Calamity thanks to the release of the Wave 2: Guardian of Remembrance DLC, we’re back with a brand new guide dedicated to Memory Quests, the conditions needing to be met in order to clear them, along with some key info to help you complete each one. Please be advised, however, that due to the content in this guide, plenty of spoilers are to be had. With that out of the way, let’s begin:

Mission: EX To Zelda’s Side

Mission: EX The Princess and the King

As always, we hope you found this guide helpful. Should you require other assistance, perhaps the guides listed below could be the help you need:

All Miketendo64 Guides for Hyrule Warriors: Age of Calamity: