[Guide] How To Unlock Sooga In Hyrule Warriors: Age Of Calamity (DLC #2) 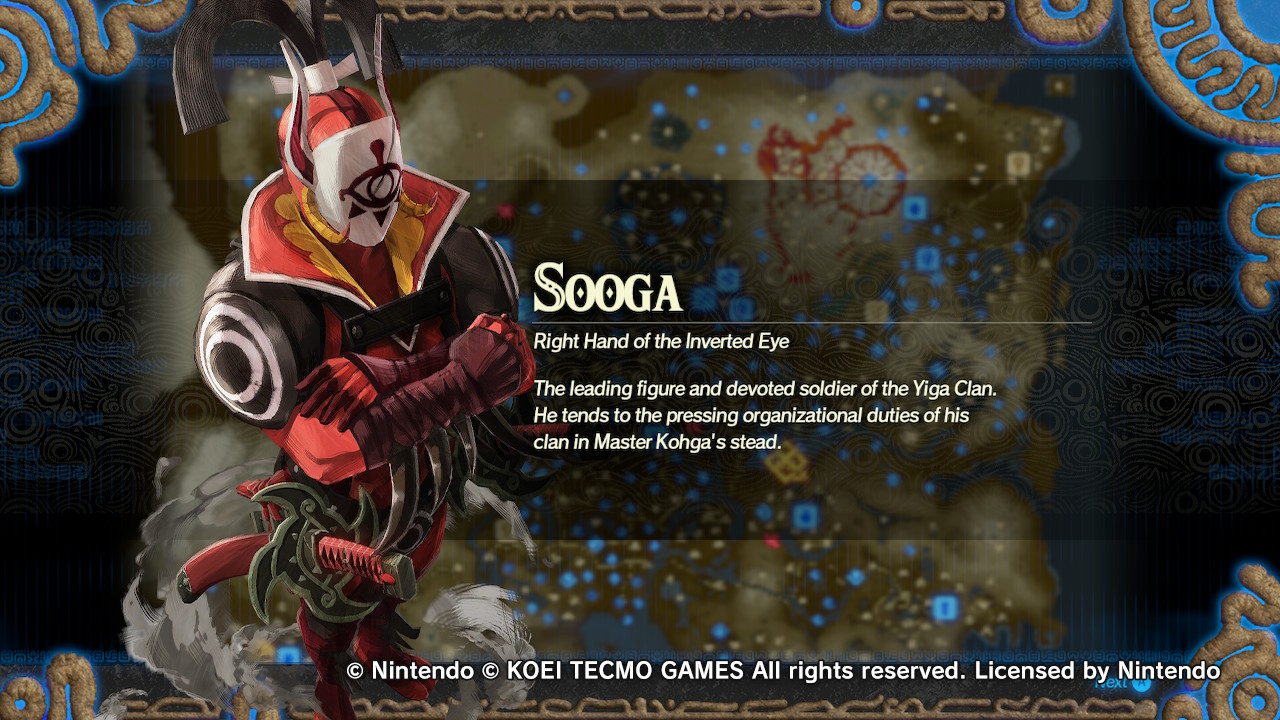 Please be warned that this guide contains spoilers to unlocking Sooga in Hyrule Warriors: Age Of Calamity. If you do not wish for any more content spoilers, turn back now.

As some of you may know, Robbie and Purah are not the only ones to join the fight in the second wave of DLC for Hyrule Warriors: Age of Calamity. Master Kohga’s right-hand man Sooga is also playable but you do need to unlock him first.

First and foremost, you will need the second wave of DLC downloaded. You then have to play through a few Memory Quests until you unlock EX The Yiga Clan’s Defeat. You will need to beat this mission and keep all allies safe. None of them can flee, not even the one who stays behind to guard the gate.

This sounds like a seriously tough challenge as the Yiga Blademaster who stays behind locks the gate behind him. However, once the Hollow enemies appear on the battlefield, you can run up to the gate and Master Kohga will demand it be opened. You can then go in and kill the tough enemies before they decimate the lone Yiga Blademaster.

By keeping all allies safe until the end of the battle, you will complete the ??? Memory Quest. This will also unlock Sooga as a playable character. Not only that but he will also have his own set of challenge quests and side quests of his own to unlock combos as well as increase hearts and special gauge.

We hope you find this mini guide helpful in unlocking Sooga in Hyrule Warriors: Age Of Calamity. If you would like to see some gameplay of Sooga in action, we have a small video clip that we recorded using the Switch video capture function.