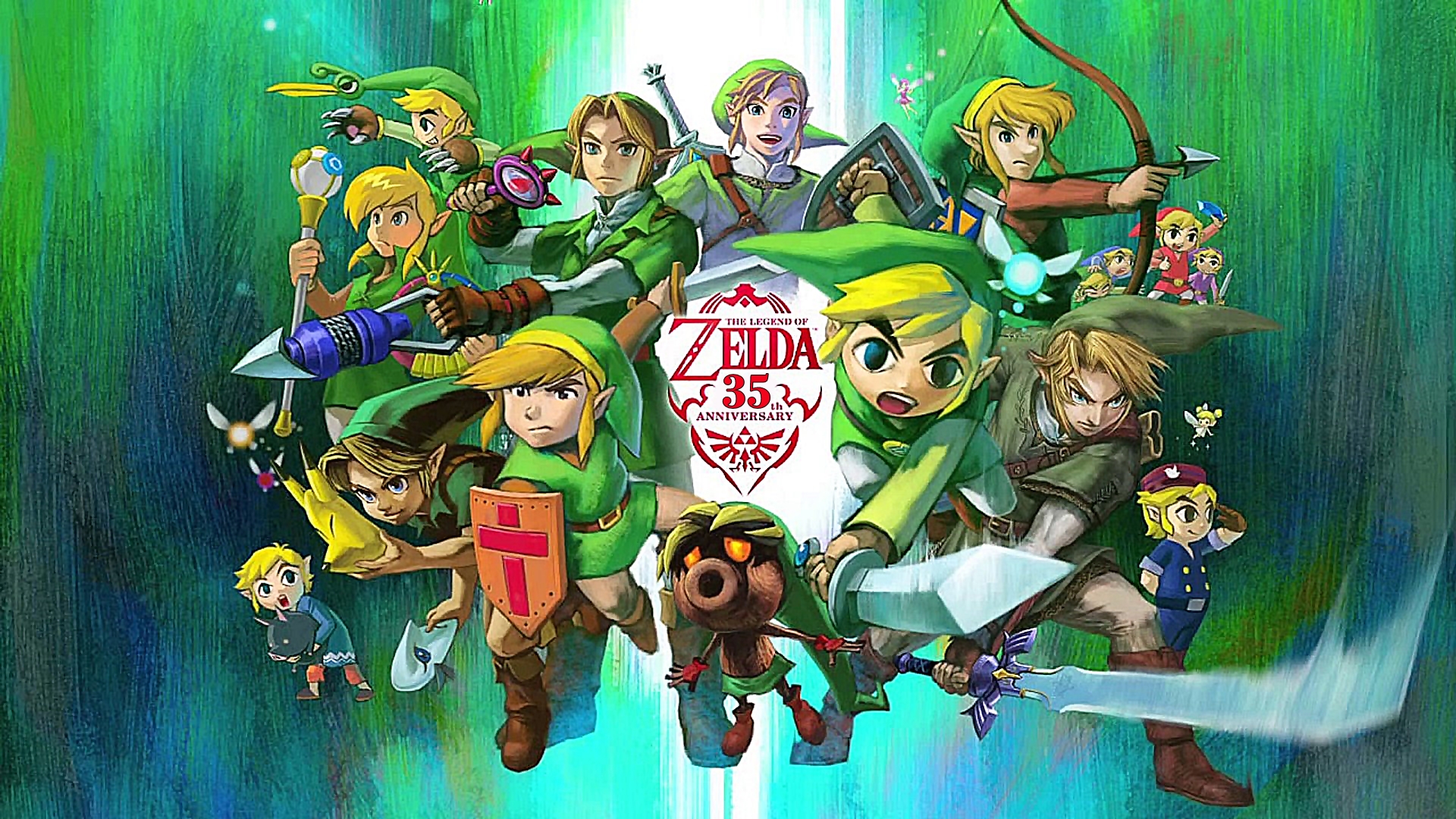 On this day 35 years ago on February 21st, 1986, Hyrule Fantasy released on the Famicom Disk System in Japan. The name was later changed to The Legend of Zelda and it has since become an iconic series whose legend has lived on throughout five decades (80’s, 90’s, 00’s, 10’s, 20’s). Since the original game, The Legend of Zelda series has had a total of 16 official entries and about 27 including ports, spin-offs, and remakes on Nintendo’s home and handheld consoles.

It is a series we hold dear at Miketendo64 and while Zelda fans can disagree on which is the best Zelda game of all time, we can all agree that the Zelda series as a whole has some seriously memorable games. Whether your favourite game is The Legend of Zelda: The Wind Waker, or Skyward Sword, Breath of the Wild, A Link To The Past, Ocarina of Time or even the Oracle games, or perhaps it isn’t one that hasn’t been list here. There is something truly magical about that game to you that it holds a special place in your heart and your memories.

With today being The Legend of Zelda 35th anniversary, we would like to ask you all how will you be spending it? will you be revisiting an old gem? Will you return to where you left off in the likes of Breath of the Wild or Hyrule Warriors: Age of Calamity? The Nintendo Switch alone has about eight Zelda games alone including those with NES & SNES – Nintendo Switch Online.

Perhaps you could celebrate the day with something Zelda related that isn’t a full-on Zelda game. You could play a special game of Super Smash Bros. Ultimate with only The Legend of Zelda characters Zelda themed items and stages or similarly A special round of Mario Kart 8 Deluxe with everyone only using Link and the Master Cycle? However, you spend the day, we will be more than happy to hear how you spend it/spent it.

As regards the Big N, Nintendo may not have announced any plans to celebrate The Legend of Zelda 35th anniversary today but who knows what they could have in store for our Tunic wearing hero? The recent Nintendo Direct shed light on Skyward Sword HD coming to Nintendo Switch and there are heavy rumors that The Wind Waker HD and Twilight Princess HD could be well on their way too. Only time will tell but for today, let’s just enjoy some Zelda games!