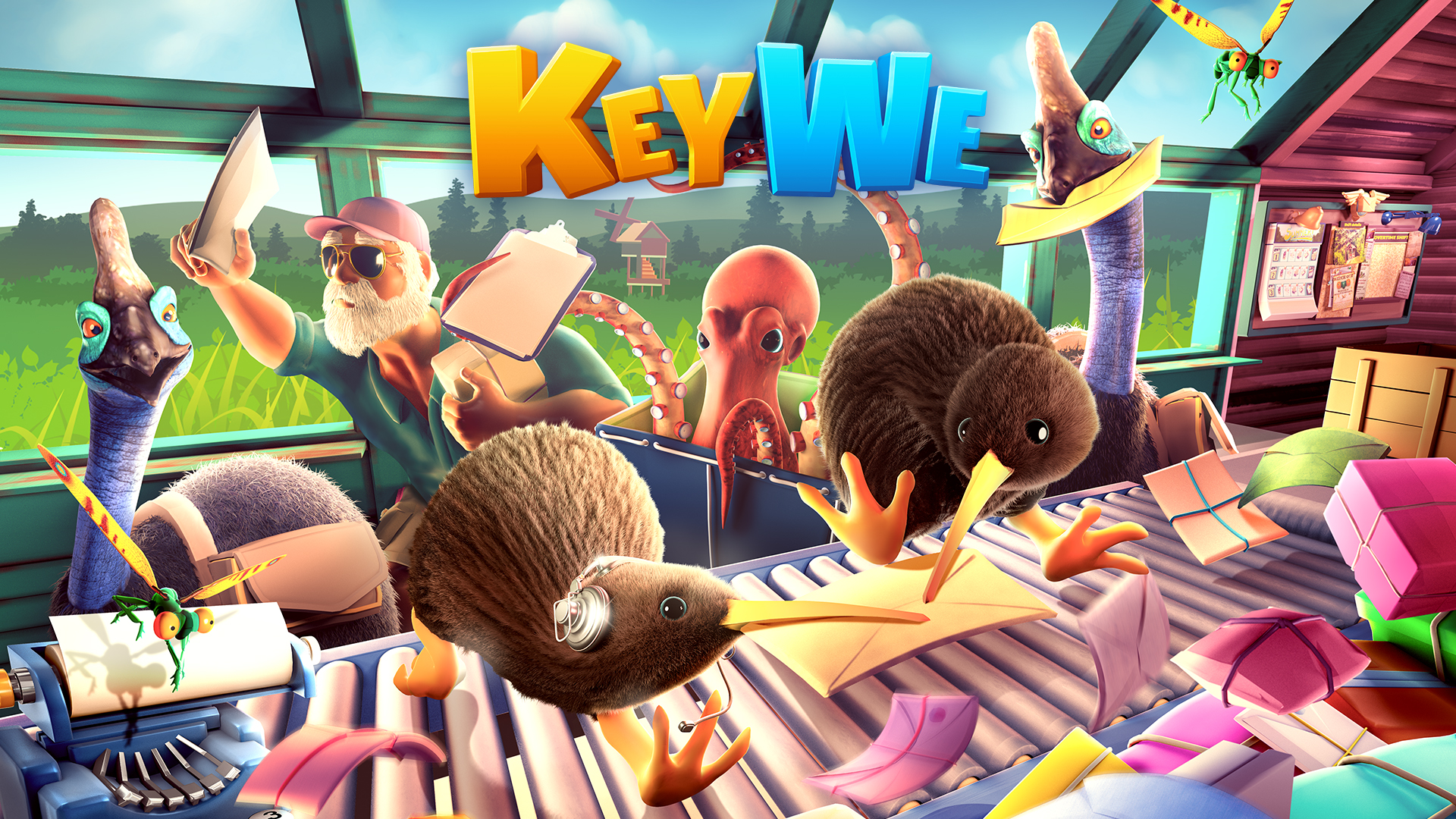 The “Cute and Chaotic” Co-op game KeyWe has been announced to come to Nintendo Switch and other consoles this Summer. The puzzle game follows Jeff and Diane, two Kiwi birds that work in a postal office. Without hands or opposable thumbs, the Kiwis must flap, peck and butt-slap their way through numerous challenges to make it through the daily grind.

If you would like to know more about KeyWe, you can find the official announcement below as well a a trailer for the game.

LONDON, UK – February 17, 2021 – Prepare for mailroom mayhem! Sold Out and Stonewheat & Sons are delighted to announce that adorable postal puzzler KeyWe is flocking to consoles, and will be out for delivery this summer on the PlayStation®5 (PS5) system, the PlayStation®4 system, Xbox Series X | S, Xbox One consoles and the Nintendo Switch™ system.

CHECK OUT THE NEW GAMEPLAY TRAILER:

The cute and chaotic co-op game, which tasks players with typing telegrams, shipping packages and sending urgent messages as two postal-working kiwi birds, will be available physically and digitally on all console platforms this summer, simultaneously with the digital PC release.

“We are flapping with excitement to announce KeyWe for consoles,” said Joel Davis, Artist and Animator at Stonewheat & Sons. “It was always our goal to bring KeyWe to as many players as possible, so we’re thrilled that players across all major consoles and PC will get to experience the fun and calamity of Bungalow Basin’s Telepost on day one.”

“After picking up the award for ‘Best Family Game’ at last year’s gamescom awards, we’ve been so excited to share more details on KeyWe with everyone,” added Katie Clark, Product Manager at Sold Out. “We can’t wait for players of all ages to discover the mailroom mayhem waiting for them in the full game this summer.”

KeyWe is a chaotic postal puzzler starring Jeff and Debra, two small kiwi birds working in a fun and frantic mailroom. With no hands to help them, they must jump, flap, peck and butt-slam their way across an interactive landscape of levers, bells and buttons to get those messages delivered on time.

● Mailroom mayhem – Take on the role of a postal-working kiwi bird and partner up with a friend to type out telegrams, send urgent messages, ship packages and keep the mail flowing.

● Adorable single-player – Control both kiwi birds on a single controller to venture out on a solo mail service adventure.