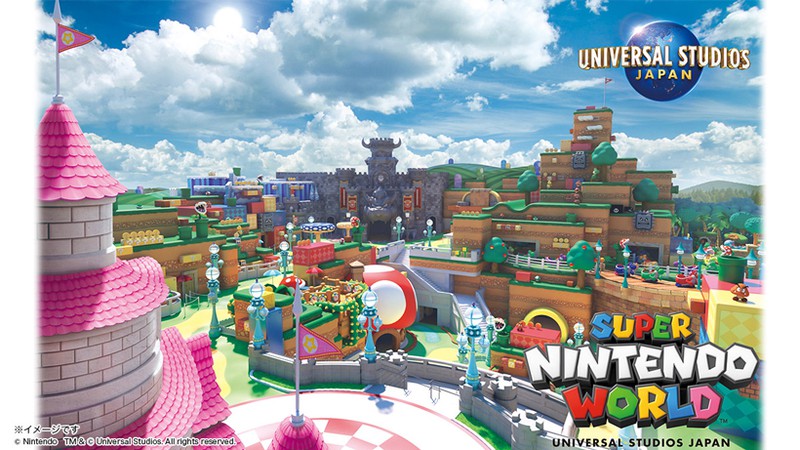 Nintendo Japan have given an update on the status of Universal Studios’ Super Nintendo World theme park in Osaka. In the status update (which can be found on their website blog) it spoke about the stores that will be opening inside the park including a Super Mario themed gift shop and Cafeteria. Photos of the stores interiors and exteriors were also shared in the post. The first image is of the stores from the outside.

The second image is that of the interior of the gift shop that will have plenty of Super Mario and Nintendo themed goodies.

In the Third image, we get a look at the interior of the cafe, complete with mushroom styled tables.

Visitors for the Park may have to wait until next year to go on the attractions but the Mario Cafe & Store will be opening it’s doors as soon. As October 16th!