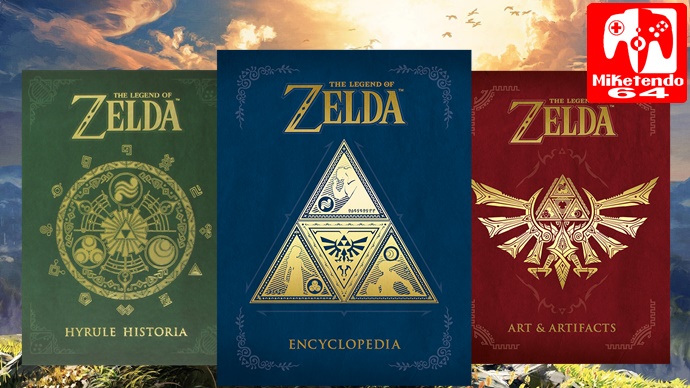 Earlier this year, Zelda fans in Japan were graced with the Legend Of Zelda Encyclopedia. Dark Horse Comics are finalizing the western localization for the Encyclopedia and a release window has been given for North America, April 2018.

The Legend of Zelda Encyclopedia will hold 320 pages full of explanations and descriptions of everything from items, potions, characters and their relationship with others. Maps, illustrations and screencaps also cover the pages stretching from the first game in the series up to Twilight Princess HD. An interview with Eiji Aonuma, the Series Producer.

Be sure to keep an eye out for Pre-orders as they will no doubt be opening up soon with pricing set at $39.99.