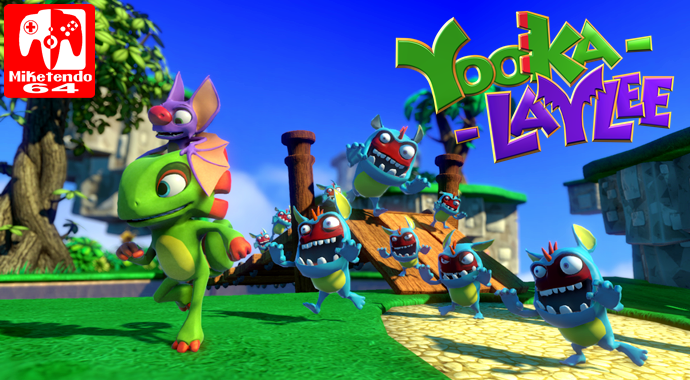 While a release date for Yooka-Laylee on Switch has yet to be announced, gamers across the globe can hope to lay their hands on the upcoming Playtonic title exactly one week from now.

Excitement is well and truly in the air, but just in case there isn’t enough going around, here’s a new Yooka-Laylee video that was uploaded by Team 17 onto YouTube today, which showcases members of the dev team talking about Yooka-Laylee:

The wait is almost over, unless like me, you plan on getting Yooka-Laylee on Switch. In that case the wait could be a day, or even two months, but as soon as we know, you’ll know.