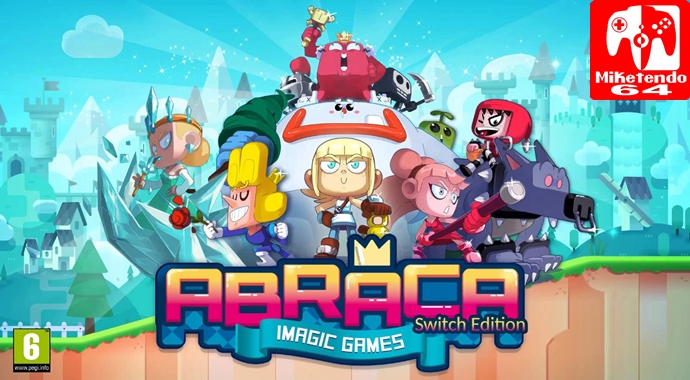 And just like that, another game has been added to the Switch’s line-up for May 2017!

If you have never played or heard of Abraca: Imagic Games is a competitive four player platformer by Ankama, which places one player “in the shoes of the hero – a Prince or Princess – and the other three players as the bad guys.” When playing as the bad guys, the role is to make your way through each levels as quickly as you possibly can, whilst defeating enemies and evading traps before having to do battle against a gigantic boss. On the other side of the coin though, the Prince/Princess. But that’s not all, because every time a level is completed, a new Hero is chosen (Prince/Princess), and the previous one now becomes a bad guy, as the cycle starts all over again.

Also since the can be played with one player with their eyes on the TV while the bad guys keep their eyes peeled on the screens of their individual connected Switch, Abraca is without a doubt a game that is perfect for the new Nintendo platform and just in case words aren’t enough, we’ve also got a trailer of the game in action for you!

And remember, if you love what you saw, Abraca: Imagic Games comes to Switch eShop in May 2017, so there is plenty of time to gather up friends who are also interested in the title and procure the required funds.