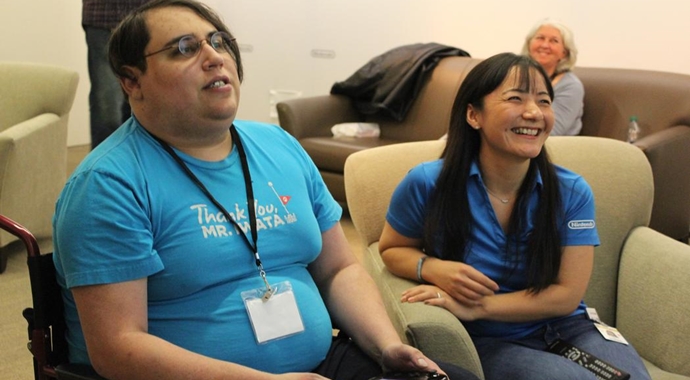 Life, as beautiful as it is, like a rose you would encounter in a garden, it is not without its cruel tricks and wicked thorns. That’s why a lot of us like books and video games so much, because they give us the chance to escape our own reality and the chance to be so much more than who we are and for Gabe Marcelo, that is exactly the case.

By now many of you will already know about Gabe and his congenital heart defect, you might even know that his condition did take his life as he passed on the 24th of January, but after reading the original story myself, I wanted to write something on it. I wanted to write something for Gabe and even if no one reads this, it doesn’t matter, because this is for Gabe. A man who has a terrible condition that affects 1 in every 1,000 new-borns, only his condition was far worse. A man who was unable to embrace the outside world like most of us can and yet, he hope, he had a reason to live and that reason kept him going for as long as he did.

It doesn’t matter that his dream was to play Breath of the Wild, to play a “video game” as some would say, he’s day to day life was a constant battle, one that could have taken him a lot sooner, but he kept on, all because of that hope he had, a desire, a drive that most of us lack. My heart goes out to his family, Anita and his brother Jaime, being there beside him his entire life, supporting him however they could. It’s not easy having a front row seat watching someone slowly die and it’s not nice either. All you want to do is breakdown and cry and give them something to hold on to and sometimes they can make a recovery, but that for Gabe it just wasn’t the case.

I am sorry for the hand life dealt you Gabe and that’s why through everything you faced, I’m glad you held on to your hope, even as you passed away, believing you would see the release of Breath of the World on the 3rd of March, 2017. And I am glad you’re mum was resilient enough to keep contacting Nintendo on your behalf so you could at least play the demo and spend the day at Nintendo of America’s headquarters in Seattle.

For anyone who would like to continue reading about Gabe and what he went through, please click here for the full and detailed article.

May you rest in Peace Gabe. The pain is finally over.


Categorised in: Breath of the Wild, Editorial, The Legend Of Zelda