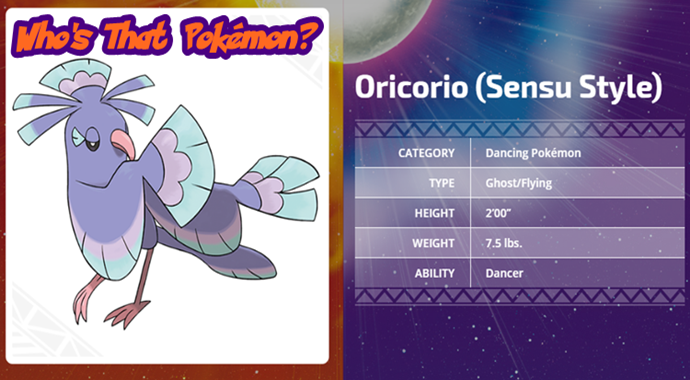 The Sensu Style Oricorio is quiet and collected. By means of its dance, it gathers the spirits drifting about in an area and borrows their power to fight. People who migrated from Kanto feel a great liking for this Pokémon because its dance reminds them of their homeland.