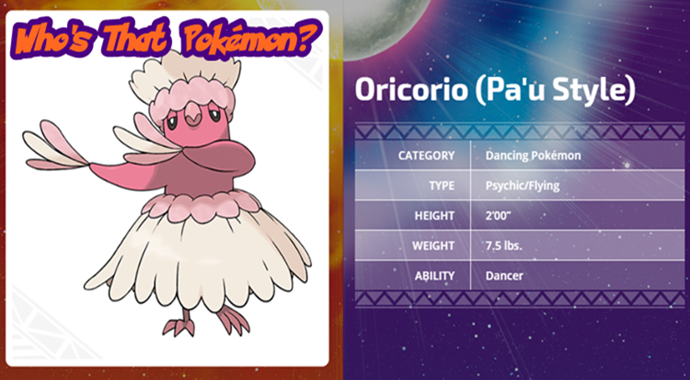 The Pa’u Style Oricorio acts at its own pace, which sometimes makes it difficult to deal with. It sharpens its spirited moves through dance, which increases its psychic power. It’s said that this dance expresses its gratitude to the guardian deity Pokémon.