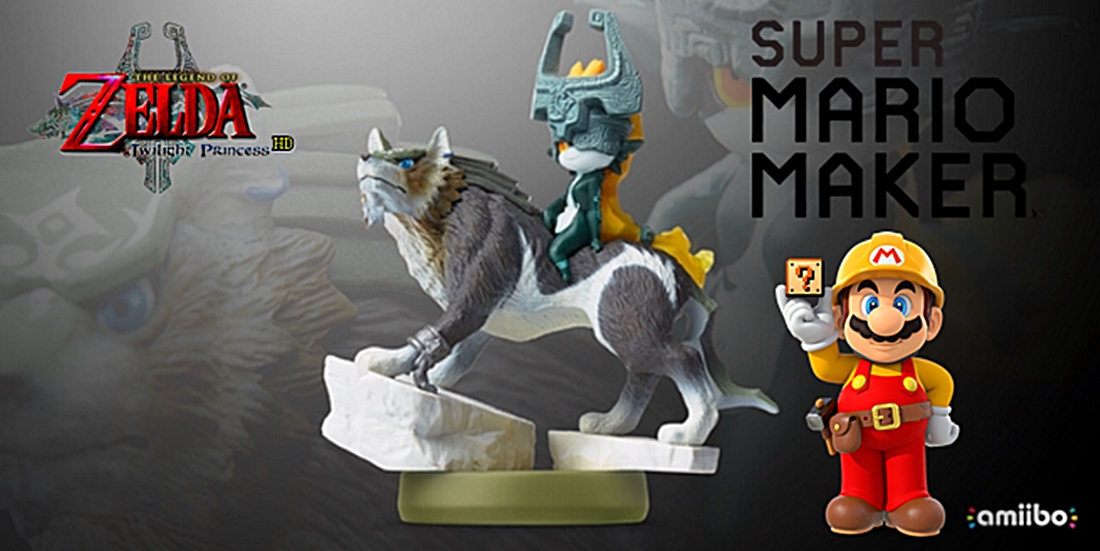 Last week, the biggest Super Mario Maker news broke on Twitter, news concerning the Wolf Link amiibo costume, which if tapped on your Wii GamePad, whilst playing Super Mario Maker, will unlock the Wolf Link and Midna costume but now Nintendo have revealed this isn’t the only means of unlocking the costume thanks to a new character trailer.

To celebrate the release of Twilight Princess HD, the new event course is due out next week on the 10th of March (the 9th for anyone in North America) but the “problem” with this is it does mean that Wolf Link is not an amiibo exclusive costume, and that the only real purpose the amiibo does have in SMM, is simply unlocking the costume a couple of days/week in advance and then there is the whole #132 business because by releasing Wolf Link as an event course unlockable, why isn’t he or they as Midna is present as well, why aren’t they number #127 unless of course they deliberately aren’t apart of the #121-#130 row, thus leaving the pattern intact.

By pattern I am in fact referring to an article we ran here at the end of February: Super Mario Maker – A Pattern emerges, a feature in which we wrote about the established pattern the #121-#130 seemed to be following, but having regular weekly releases of new costumes, on the same day every week since the 4th/5th of Feb. A pattern in which we theorized that the rest of the costumes in said mentioned row, would continue to follow, and a pattern in which for it to remain true, requires the announcement of costume #127 to be announced sometime within the next 24 hours and released on the Thursday/Friday.

Technically Wolf Link’s releases doesn’t break the cycle in that they release much sooner, because as mentioned already, they are a part of a different row, which the pattern doesn’t concern. Although it does shut down our other theory that Nintendo would be releasing a bunch of amiibo exclusive costumes, which would then be made available for acquiring through the 100 Mario Challenge, after a new update is incorporated at a later date for anyone who didn’t buy any of the new amiibos that unlocks characters such as Roy and Ryu.

Either way though, it’s all good because Wolf Link and Midna are coming to town, making them the second Zelda related costume to be released in celebration of the release of a Zelda game (the first being Totem Link for Tri Force Heroes), and it is also the first amiibo that unlocks a costume in the game, that can’t be acquired from the 100 Mario Challenge, but from an event course instead, which does make it still stand out, but it’s just not as special as it once was.

Be sure to let us know how you feel about this turn of events in the comments below and if you do feel like checking out our feature regarding the pattern, be sure to click here. Or you can check out where all this begin with the tweet that first discovered the costume here.