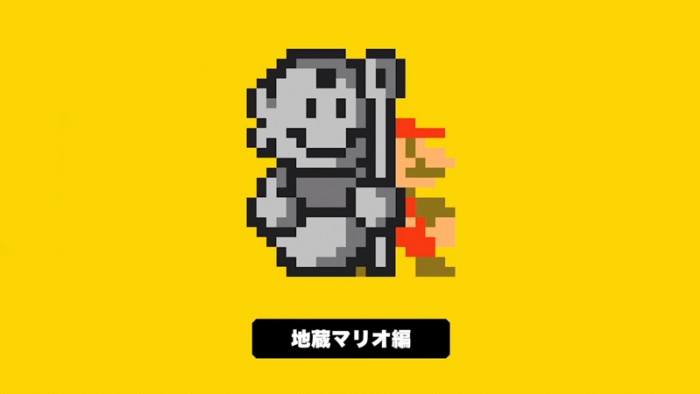 Wolf Link may be next week’s midweek Super Mario Maker released event course, but this week, on the NA Thursday evening/Euro Friday morning, we’re getting Tanooki Statue Mario and our pattern remain intact!

Tanooki Statue Mario, is exactly what it sounds like, its Tanooki Mario, from where it all began (Super Mario Bros. 3) in stone form with Super Mario Bros. 1 Mario, behind it lugging it around, evident by the character trailer below:

Once again it’s another costume “power-up” for Mario, which doesn’t actually serve as a power-up (the others being both Cat Suit Mario and Frog Suit Mario, which had their event course debut back in 2015). It’s no hammer bros suit, but it is a step up from Barbara the Bat of Daigasso! Band Brothers fame (Jam with the Band).

The costume will comes out tonight/tomorrow, so if you do aim to add it to your ever growing list like I do, it’s not that long to wait and as always, feel free to let us know what you think of this new costume in the comments below.