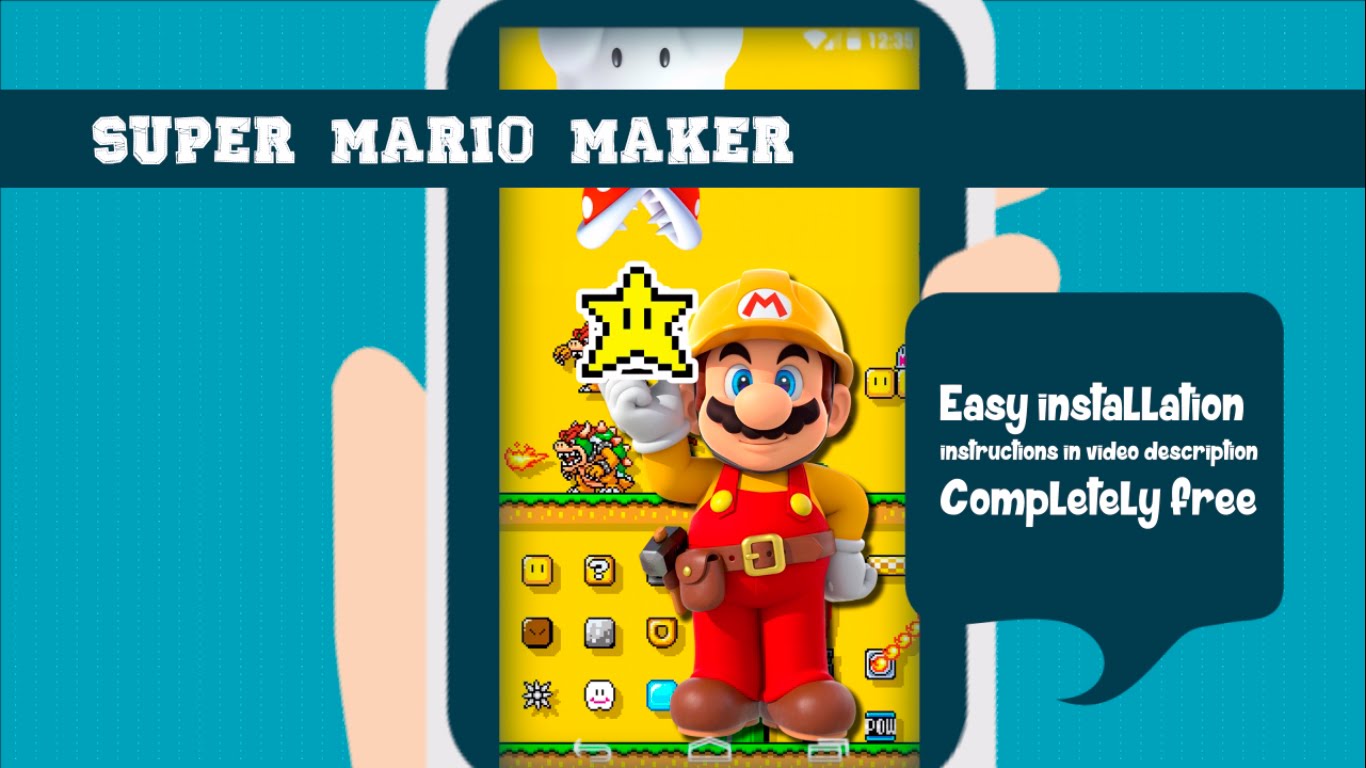 Why settle for just having Super Mario Maker on your Wii U when you can have it on your Wii U, PC and mobile device?

No the game isn’t now being ported to PC, far from it (although the non-official PC version of the game, is still continuing), but you can totally do up your PC or phone’s home-screen, by giving it that missing Super Mario Maker touch. First Nintendo gave us the Super Mario Maker Bookmark web portal, and now they give us the means to make our very own personalised Super Mario Maker wallpapers.

Naturally the website is in Japanese, but that won’t be a problem, as the process is very easy to go through, and just because we can’t read Japanese that doesn’t mean we can’t interpret the images we are given, such as PC or mobile. As for the actual making the screensaver, it is no different to the process on Super Mario Maker, just know that there are less objects and enemies, to incorporate and the fact that you can’t play the mini-scene you create. But if we could do that on PC, then we wouldn’t be playing the Wii U version as much and I do adore creating and playing levels on my Wii U.

Perhaps it would have been simpler to actually implement a function in the game that allows you to create a wallpaper for yourself and either download it to the Wii U, or upload it to the Miiverse, where you can download it at a later date, or even enable you to save the design to the web portal and download a high quality picture straight from the website. But regardless of this, this website is the only official means to create your own Super Mario Maker image, albeit it is limited, maybe in time more options will be added and if you fancy trying out the Wallpaper Maker for yourself, you can find a direct link to the site below:

With Nintendo throwing more and more at their “create your own Mario universe” game, we are all left to wander what will come next? Cue version update 1.40 and whatever that may be!