Manga & Zelda: A Link To The Past Graphic Novel (Review) 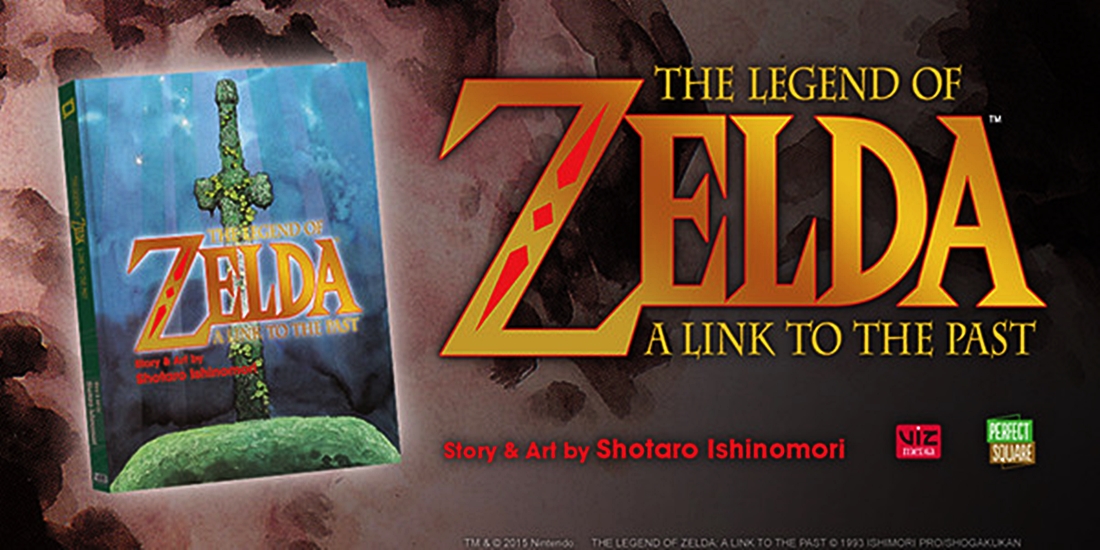 As part of our Zelda Month Celebration, I will be reviewing The Legend Of Zelda: A Link To The Past Manga created by Shotaro Ishinomori. It was originally a comic book miniseries based on the game with the same name and appeared in 12 issues of Nintendo Power Magazine and ran from January to December of 1992. It was later republished in 1993 as a graphic novel and again in May 2015 by Viz Media. The comic differed from the game with certain parts omitted from the comic and new story elements added to preserve the element of surprise and maintain a dramatic flow. New characters were introduced to the story including Roam, Epheremelda the fairy, The Kakariko Librarian and an unnamed boy who is friends with Sahasrahla.

The Comic is often considered to be Manga but it was actually published in English originally in the United States by Nintendo Power. It was later released for a Japanese edition but retained the left-to-right format of the American edition as did the text (true Manga reads right-to-left). The sound effects were also left untranslated. The story itself is a pleasure to read with great illustrations that truly paint the world of Zelda in front of you. It starts with Link being beckoned by Princess Zelda by the use of telepathy. She pleas for him to rescue her from the clutches of an evil wizard called Agahnim. The Evil wizard takes Zelda to the Dark World, leaving Link to begin his quest to find the Master Sword so he can put an end to the Dark Wizard’s evil plans.

I found is it a truly great read and easily engaging. It is a type of story you can pick up and leave at any time, though I must admit I only picked it up the once and the only time I put it down was when I had finished the last page. It is rather faithful to the original story of the game for the most part but the unique ‘alternate’ elements also help keep you entertained and is a great medium to share with younger generations that are not quite ready to pick up a controller and play a Zelda game but it will definitely begin sowing the seeds into their nuggets and put them onto the road of Zelda fandom.

A Must Read For Any Zelda Fan Looking To Expand Their Literary Horizons Or Wanting To Share Their Love Of Zelda With Their Young Ones.