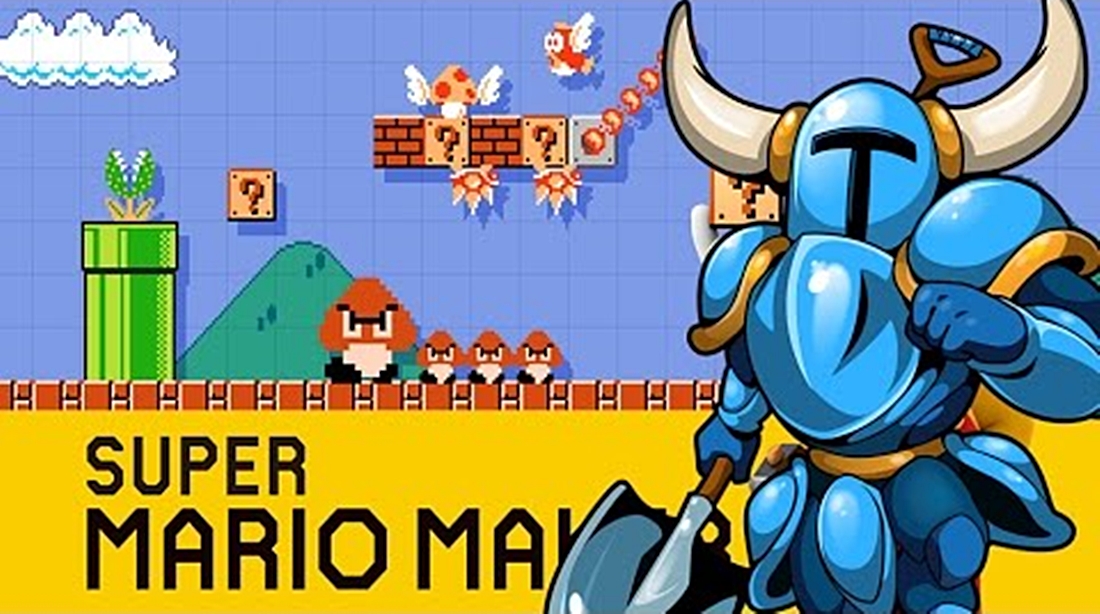 With Mario Costume #112 still denied to us, perhaps we should turn our attentions to Mario Costumes #119 and with the Shovel Knight amiibo releasing in the States on the 8th of January, could the brave practitioner of Shovelry be the next costume to turn up in Super Mario Maker?

Having meant to release in Europe on the 11th of December, 2015, prior to unexpected occurrences, arguably you could say that if he was to make an appearance in SSM, then surely he’s own event course would have been released back then,  but not necessarily so. Totem Link, Mario Trio, and Captain Toad have all came out to celebrate their games, but only Mario Trio actually came out around the same time the game was released in Europe, meaning Shovel Knight could be on his way, just released much later on, like the others.

Let us not forget either that Shovel Knight is the protagonist in an 8-bit graphics, 2D side-scrolling platformer game, developed by Yacht Club and originally released in 2014. But the key word is 2D, Shovel Knight already as a 2D 8-bit sprite, which can run, jump and more, meaning should Nintendo do choose to implement it, a lot of the sprite work creation and movement is already done for them and given the range of Shovel Knight themed levels that have already been created in Super Mario Maker, it proves an event course can be easily created for the character.

Although nothing has been said, most believe the next two to follow, #119 and #120, will be more retro characters, or even the likes of Princess Daisy, and as great an addition she would be, Shovel Knight does appear the more likely choice. After all, every other amiibo does have a Super Mario Maker Mario costume counterpart, it’s only fitting Shovel Knight gets the same treatment.

But until official confirmation, all of this is just speculation. The good news is, if this does happen, you can expect the news to break from the lips of Nintendo within the next few days. I say lips, more like a tweet, followed by many and a video on Youtube.

One thought on “A Hero Emerges! Shovel Knight comes to Super Mario Maker?”