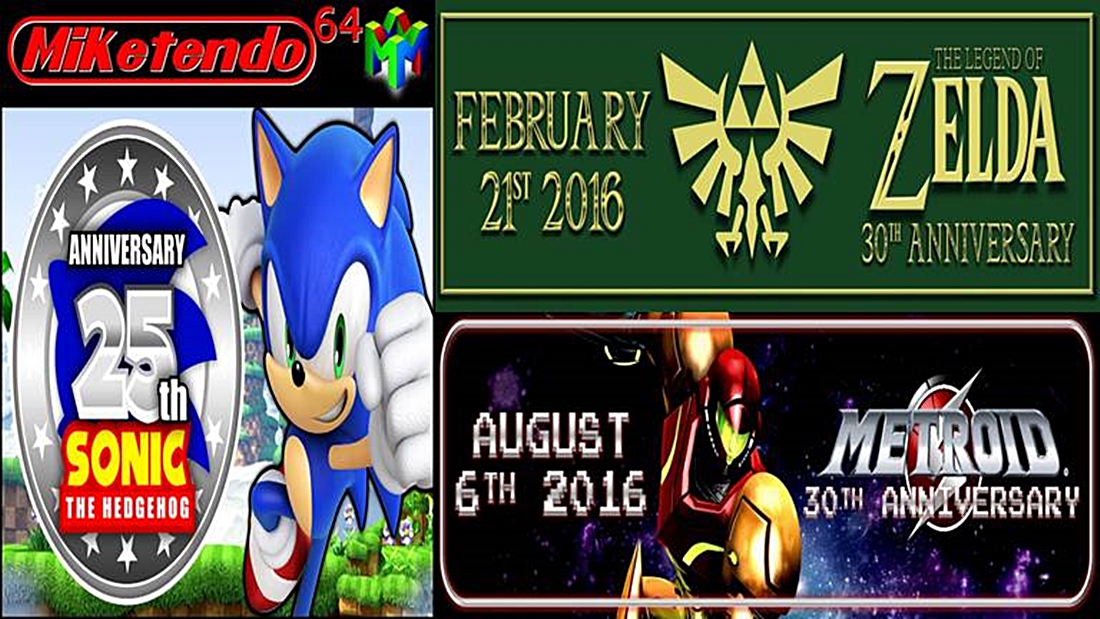 2016 seems to be a big anniversary year for many Amazing games including The Legend Of Zelda, Sonic the Hedgehog & Metroid and we are talking good double figures too. The Legend Of Zelda will be celebrating it’s 30th anniversary on February 21 & Metroid will be celebrating it’s own 30th on August 6. Sonic turns 25 on June 23 Pokemon will be turning 20 on February 27. If you though that was pretty impressive, there’s a whole lot more, from Duke Nukem turning 20 & Donkey Kong turning 35!!!. Listed below is only a few games that having some seriously notable birthdays this year in calendar order;

If you would like to see what other games have big Anniversaries this year, you can find out via this link to www.redbull.com