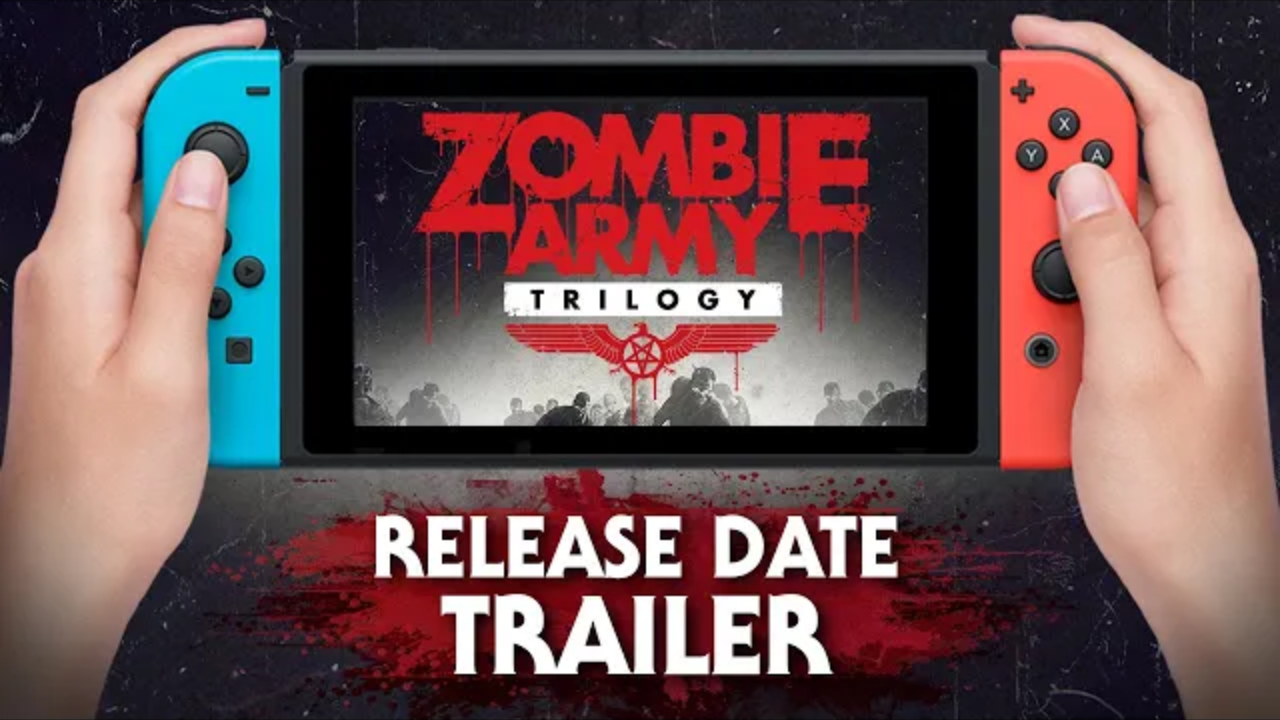 UK-based video game studio Rebellion has announced that Zombie Army Trilogy will be releasing on Nintendo Switch later on this month. On March 31st, 2020, Switch owners will be able to team up via local wireless and online to take down the evil Nazi Zombie horde and put a stop to Hitler and his evil plan. The game will be available digitally and physically and will include all previously released content.

We have the official press release below as well as the new trailer for the Zombie Army Trilogy for Nintendo Switch below.

Oxford March 5 – As revealed in a brand new trailer, ZOMBIE ARMY TRILOGY will bring nerve-shredding shooter action to Nintendo Switch later this month!
Independent UK studio Rebellion is delighted to announce the cult Sniper Elite spinoff will be available both digitally and at retail on March 31, 2020.

Travel to 1945 and slay on-the-go as you face off against the massive hordes that comprise Hitler’s Nazi zombie army. Use sniper rifles, machine guns and shotguns to rip through the waves of undead, and take on the demon dictator himself in an incredible final battle!